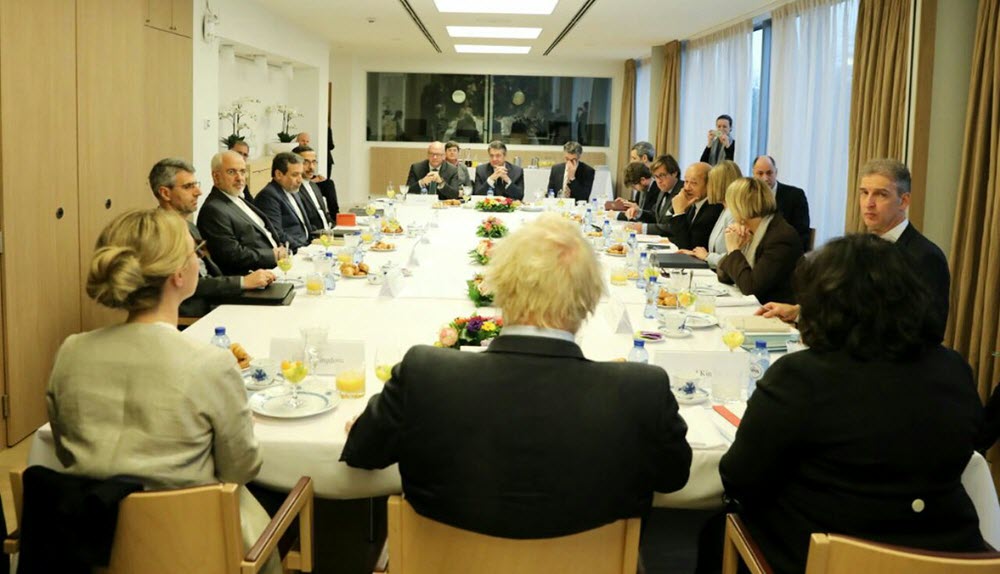 London, 11 Jan – Today in Brussels, a delegation of EU foreign ministers and the EU’s foreign policy chief Federica Mogherini met with their counterpart in the Iranian Regime, Javad Zarif, to discuss the future of the 2015 nuclear deal.

This meeting, which was called over the Regime’s fears that Donald Trump would soon pull the US out of the seven-nation agreement, coincided with the beginning of the third week of widespread anti-regime protests in Iran that have been met with severe human rights abuses by the ruling mullahs in clear violation of international human rights accords.

The EU has been widely criticised by human rights organisations, Iranian refugees, and European citizens for agreeing to meet with a representative of the religious dictatorship, when at least 50 peaceful protesters have been shot dead by security forces in the streets and at least 4,000 have been arrested and threatened with the death penalty. Many of those who have been arrested are also being tortured and according to Amnesty International, at least five have been killed in custody.

The Foreign Affairs Committee of the National Council of Resistance of Iran (NCRI) said in a statement: “Under these conditions, receiving and meeting with the mullahs’ envoy under any pretext and any excuse is simply despicable and shameful. This is an obvious trampling on human rights values and a contravention of EU claims to the defence of human rights.”

The protests began over a sharp rise in the cost of living, but quickly changed into a full-scale uprising across over 140 cities and towns. The protesters are now widely calling for an end to the Regime and even for the deaths of those who have oppressed them for so long.

A meeting with the Regime- especially without condemning the actions of the Regime- is effectively an endorsement of their crimes and a slap in the face to the Iranian people.

The NCRI statement continued: “If Ms. Mogherini and her colleagues have the least respect for Universal Declaration of Human Rights, they should publicly and unequivocally express support for the Iranian people’s legitimate demand to put an end to the religious dictatorship and to condemn suppression of the protests and murdering the prisoners under torture.”

Zarif, a man with strong links to terrorists like Hassan Nassrallah, the Secretary-General of the Lebanese Hezbollah, Imad Mughniyah, the head of the military wing of Hezbollah, and Bashar Assad, the Syrian dictator, is often trotted out to explain away the mullahs’ crimes. The EU shouldn’t fall for it this time.

Negotiations Between Iraq and Saudis RE: Alliance to Rebuild Iraq

Europe, China, and Russia Meet to Save Iran Nuclear Deal