Iranians Killed in Prison After Participating in Protests 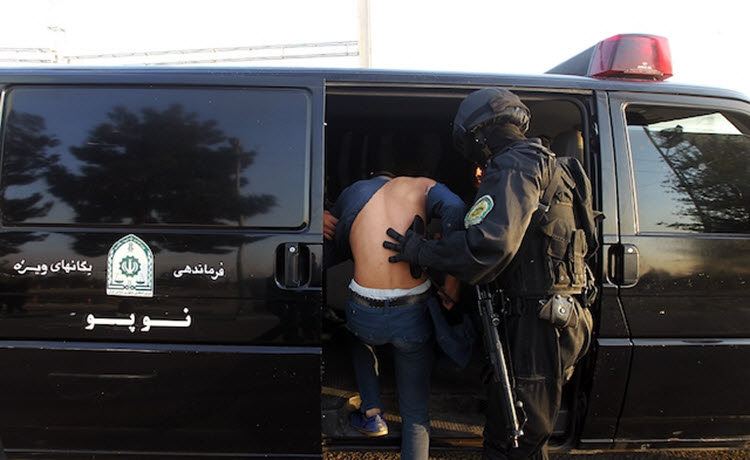 London, 15 Jan – Several young men who were arrested during the anti-government demonstrations in Iran have died in custody. The Iranian regime has reported that two committed suicide and another was a terrorist that was killed during a clash with security forces.

However, many people in the country are saying that these allegations are completely false.

Scores of people have died during the protests that swept across Iran in the past few weeks.

The people are calling for an investigation into these three deaths, claiming that circumstances are suspicious and the regime’s account of the facts are doubtful.

The people of Iran are risking everything to protest. They are well aware that they could be arrested, tortured or even executed for simply voicing their opinions about the Iranian government. However, their anger is on a new level now following these recent deaths. Publicly accusing the regime of foul play puts them in an even more perilous situation.

The regime, however, denies any wrong-doing and has said that of the 25 people that died during the protests, none of them were found to have died from bullets fired by the country’s police or military forces.

Vahid Heidari, a street vendor, is one of the men who died while in prison. He was arrested just over two weeks ago. According to the judicial authorities, his arrest was a result of drug possession – a claim that his lawyer denies. He apparently killed himself with a knife; a doubtful claim considering it would be very unlikely that he was able to enter prison with a weapon.

Twenty-three-year-old student Sina Ghanbari apparently hanged himself earlier this month. People doubt this claim too, saying that it would be almost impossible for a young man to kill himself without being stopped in such a busy and overcrowded prison ward.

Bahare Rahnama, an Iranian actress, was also one of the many people to post about the death of Saru Ghahremani on social media. In a number of messages in Twitter, Rahnama said that the delivery man for a restaurant was found dead in the city of Sanandaj. She knew the 24-year-old Iranian-Kurd well and said that the claims by judicial authorities that he was a terrorist are false. She said: “He was neither an outlaw, nor dangerous, nor rebellious, he didn’t deserve this, I have no doubt.” (Translated from Persian.)

Activists have said that Mr. Ghahremani’s body was buried with none of his family present. The man had also apparently spent 18 months in prison a few years prior because of “political and security” reasons. Rahnama insisted that Mr. Ghahremani was an innocent man that led a simple life, doing things that would make his mother happy.

The Iranian regime has a history of trying to silence dissidents but one thing is sure – the people of Iran are not going to let the killings of these innocent men silence them. In fact, it is very possible that this could tip the people over the edge and make them more determined than ever.

Divisions in Europe may thwart U.S. objectives on Iran

Washington Post: European governments are deeply divided over how...

By Pooya Stone According to Iranian human rights sources,...