Don’t Save the Iran Nuclear Deal 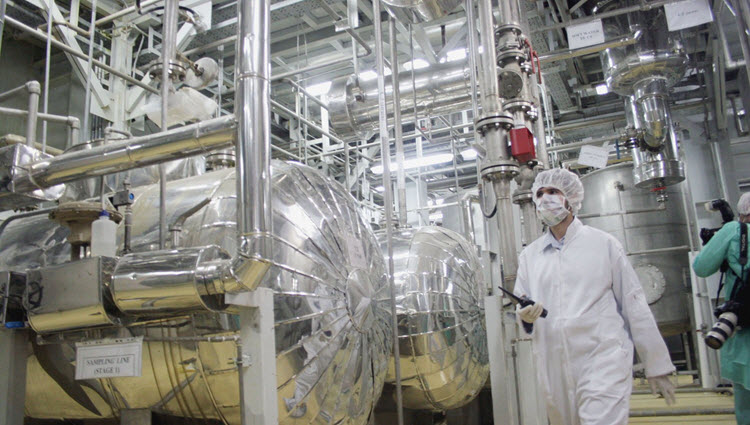 However, he warned that if nothing is better by May and Congress cannot make major changes to the agreement, then the deal will be dead.

Meanwhile, leading Iranian dissidents are urging the US not to save the flawed deal at all.

Alireza Jafarzadeh, deputy director of the American National Council of Resistance of Iran (NCRI-US), has said that the nuclear deal will never work as it is supposed to because the Iranian Regime will not abide by any of the terms, whether that’s allowing inspections or shutting down the nuclear programme.

He said: “The main problem is that the entire nuclear structure of the Iran regime has remained intact, and the fact that there’s no real access to the key centres and locations that are actually engaged in weaponization, which is a critical part of building nuclear weapons. “There’s no access for the [International Atomic Energy Agency] to the military sites where the real deal is. Then there is a sunset clause. At some point down the road, all of those restrictions are going to be gone and the Iranian regime will be free to continue its development of nuclear weapons.”

According to Jafarzadeh, any modifications to the deal will be pointless because the Regime will continue its pursuit of nuclear weapons. He notes that the only way to have an Iran without nuclear weapons is if you change the Regime.

He said: “The Iranian regime is intent on building the bomb so the real solutions to all of the problems is to see a fundamental change in Iran to change the regime.”

Overall, the Iranian Resistance is pleased with the Trump administration’s dealing with Iran; especially the recent sanctions targeting the head of the Iranian judiciary, Sadeq Larijani.

Larijani is the one responsible for the repression of the Iranian people. During the Iranian protests, he has instructed his employees to be very harsh on demonstrators which has already led to over 8,000 arrests and the threat of the death penalty.

Jafarzadeh said that the sanctions show that Trump is paying attention to Iran and put additional pressure on the Regime, which you can see through Supreme Leader Ali Khamenei’s ever-growing crackdown.

This crackdown will not silence the movement because it doesn’t change the reality of life in Iran, according to Jafarzadeh.

He said: “No matter how much you repress them, the disconnect of the people will not go away. The economic situation is not going to get any better. There’s no plan for the government to resolve the issues. There are workers who have not been paid for eleven months.”

These “unprecedented” protests cover 141 cities and all provinces in Iran; they show that internal and external pressure on Iran is working.

Jafarzadeh said: “The more pressure the United States builds against the Iranian regime, the more the regime’s forces get frightened and the more encouraged the people will get.”

Tehran, Hezbollah and a ‘ceasefire’