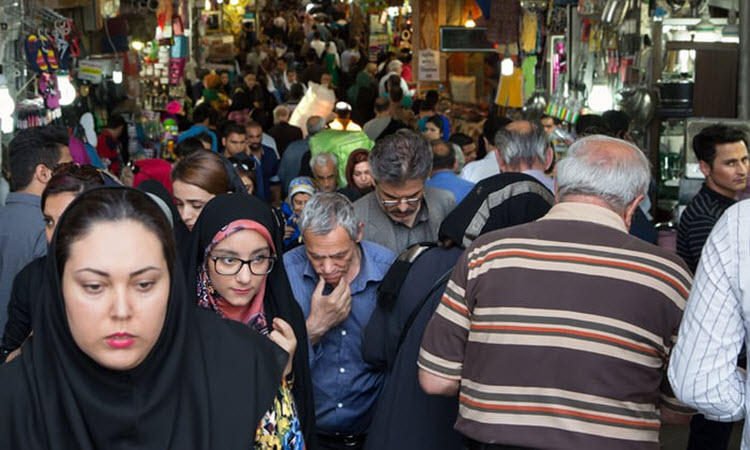 London, 15 Jan – The people of Iran have been protesting and participating in anti-government demonstrations for several weeks now. The main reason behind this is because of the economic crisis the country is experiencing. The people are bearing the brunt of a huge rise in prices and a very worrying economic future; all while watching the nation’s wealth be plundered on conflicts abroad.

Rouhani’s government, during the recent budget, cut back on subsidies at the lower end of the economy scale and this has hit middle and lower-class Iranians. This had had a huge economic impact on food and fuel.

What makes the situation worse is that the defence structure of the country and regime-managed or owned organisations such as the Islamic Foundation are being expanded. These government policies are having a direct impact on the cost of living for certain sectors of society.

Over the past few years, the situation in Iran has been growing gradually worse. When the 2015 Iran nuclear deal was signed, it brought great hope to the people of Iran. As a result of the deal, oil sanctions were lifted causing a huge number of assets to be released. This could have done wonders for the country’s economy and brought positive change to many people in Iran. However, the money that was freed up was not spent on the people. It was plundered on the Iranian regime’s interests abroad, including the spread of terrorism and Islamic fundamentalism, the arming and support of numerous proxy groups and militias (such as the notorious Hezbollah), and the regime’s plans for regional hegemony.

The current protests were thus initiated in small towns where the dire economic situation was felt the most. This is in contrast to the 2009 uprisings that were initiated in the capital city, Tehran. Unable or struggling to meet even their most basic needs, the people are taking to the street to ensure their voices are heard.

It has been reported that at least twenty people have died during the current protests, and there have been at least 4,000 people arrested. This has meant that many of the protests have been forcefully shut down.

The Iranian regime has blamed numerous parties for starting the protests. Several countries in the West have been blamed, including the United Kingdom and the United States, and one official went as far as to say that Israel is involved and the plans are being financed by Saudi Arabia.

Some in the West have been reluctant to speak about the protests because they are worried about compromising the nuclear deal. However, when the nuclear negotiations were taking place, Iran made it very clear that the only issues to be dealt with under the scope of the deal had to be directly nuclear-related. So why should the situation be any different now? How does condemning the regime’s use of force against the protesters have anything to do with the nuclear deal?

Not surprisingly, President Trump has been outspoken about the situation. He has warned the regime that his country is watching and has pledged to provide the Iranian people with support, when the time is right.

AKI: An Iranian woman convicted of killing her husband...