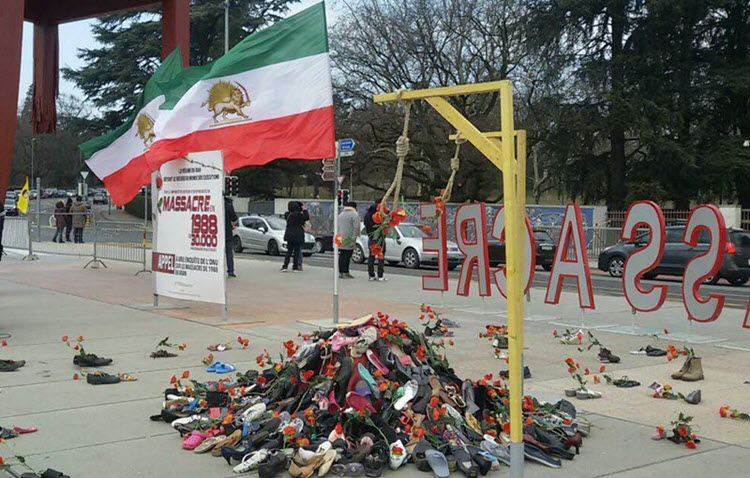 London, 01 Mar – Protests organised by the National Council of Resistance of Iran (NCRI) have taken place because of the attendance and participation of Iran’s minister of justice at the United Nations Human Rights Council in Geneva.

Seyyed Alireza Avaei was formerly a prosecutor in Iran and is notorious for his role in the arbitrary execution of thousands of political opponents.

He also was in charge of the 2009 trials that caused international outrage because those on trial were anti-government protesters. Some of this outrage came from the United Nations itself.

It is shocking that such a criminal would be allowed to attend and address a session at the United Nations Human Rights Council and countless people have expressed their disgust.

In protest against his presence, several European diplomats left the chamber, including Margot Wallstrom – the foreign minister of Sweden. 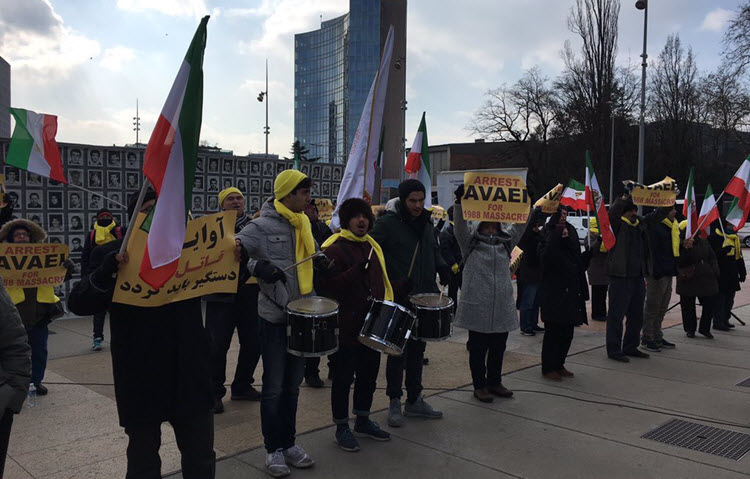 The Iranian justice minister would not have been allowed to attend the meeting if it had been held in an EU member state because a travel ban was enforced on him in 2011 for human rights abuses.

Members of the public and Iranian opponents gathered outside the offices of the United Nations to protest against Avaei’s attendance. The NCRI pointed out that this same person was involved in the 1988 massacre in which more than 30,000 political prisoners were unjustly and cruelly killed, just because of their political beliefs.

As the justice minister, Avaei is currently involved in ongoing human rights abuses.

At the end of last year, people took to the streets to call out the corrupt Iranian government. They criticised the government’s mishandling of funds and its interference in the affairs of other countries. The people called on their government to leave Syria and Yemen and they called for regime change. 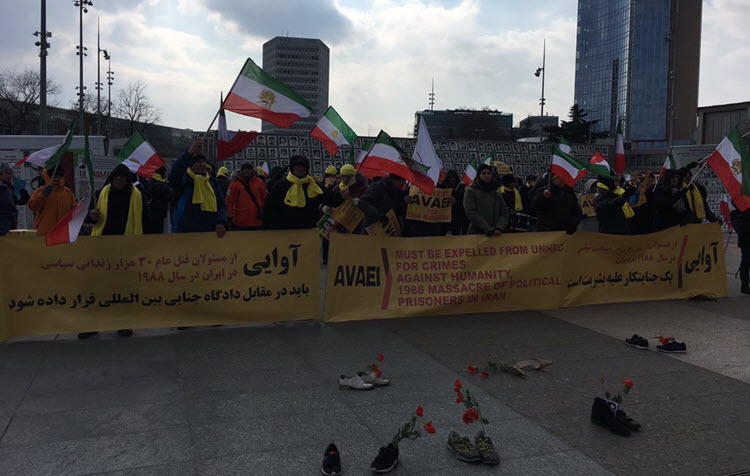 Yet, the authorities in Iran continued to crack down on the people and there have been horrific stories of violence and brutality against peaceful protesters. Authorities arrested thousands of people and unarmed protesters were shot at.

There have also been an alarming number of disappearances and suspicious deaths that the authorities are trying to pass off as suicides.

The NCRI has been gathering support from the international community to one day have a free Iran where the people are no longer brutally suppressed.

Its Women’s Committee has been calling for the release of all female prisoners who were arrested for being unproperly veiled. The compulsory veil is a law that is a blatant breech of international law and Iran is acting against human rights conventions in its harsh punishments.

With regards to the 1988 massacre, many are calling for those involved to be brought to justice. The fact that Avaei had a pivotal role in this crime against humanity yet is allowed to attend the United Nations Human Rights Council is an insult to the memory of those that were brutally and unjustly murdered. Iran’s impunity must not be tolerated and the international community must ensure that it comes to an end.

In an official request, a former Scottish MP, along...