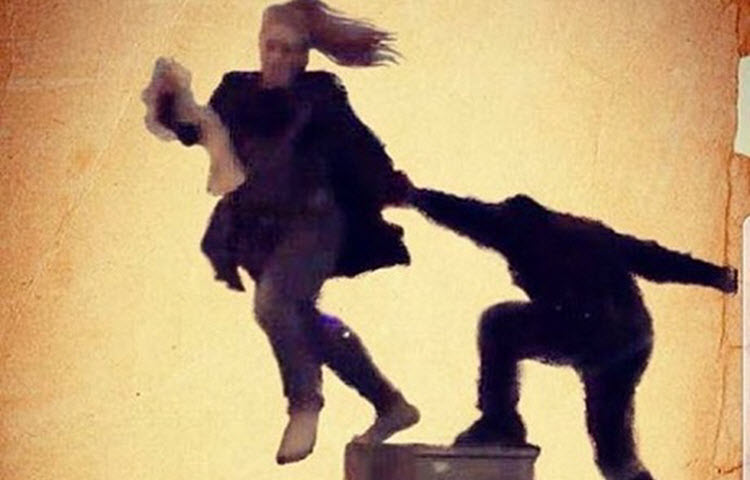 London, 28 Feb – In recent days, women have been brutalized and arrested by the regime’s forces as they protest wearing the compulsory veil.

These actions are vehemently condemned by Women’s Committee of the National Council of Resistance of Iran (NCRI) in an article published on February 27th, 2018.

Calling on Iran’s youth, and the sisterhood of women, The NCRI Women’s Committee are pleading that the Revolutionary Guard and the regime’s security forces not be allowed to apprehend the protesting women.

After their arrests, the women are harassed and mistreated in the detention centers, according to reports that also allege that those who have been wounded or who have suffered broken bones are denied medical treatment.

International human rights and women’s rights organizations are urged by the Women’s Committee of the NCRI to condemn these practices and take urgent action to secure the release of women who have been arrested for improper veiling, or dropping the veil, as well as for protesting the compulsory veiling.

Earlier this month, police in Iran’s capital arrested 29 women who are accused of being “deceived” into joining protests against a law that makes wearing the hijab compulsory.

Women across the country have been protesting. Many have taken off their headscarves and waved them aloft on sticks.

Women in Iran have fought against the hijab for nearly four decades, but this new wave of protests has gained much attention and sparked a debate rarely seen before over personal freedoms.

Tehran police said that the campaign was instigated from outside Iran through illegal satellite channels. Semi-official Tasnim news, said to be affiliated to the Revolutionary Guard, reported that, “Following calls by satellite channels under a campaign called White Wednesdays, 29 of those who had been deceived to remove their hijab have been arrested by the police.”

State run Ilna news agency quoted Soheila Jolodarzadeh, a female member of the Iranian parliament, who said that the protests are the result of longstanding restrictions. “They’re happening because of our wrong approach,” she said. “We imposed restrictions on women and put them under unnecessary restrains. This is why … girls of Enghelab Street are putting their headscarves on a stick.”

At a meeting of the Council of Europe in Strasbourg on January 24, 2018, President-elect of the National Council of Resistance of Iran, Mrs. Maryam Rajavi, called on the international community to take measures to end suppression of women and abolish the compulsory veil. She said, “Thirty-nine years of discrimination against and suppression of women is enough. The International Community must end its silence and inaction.”