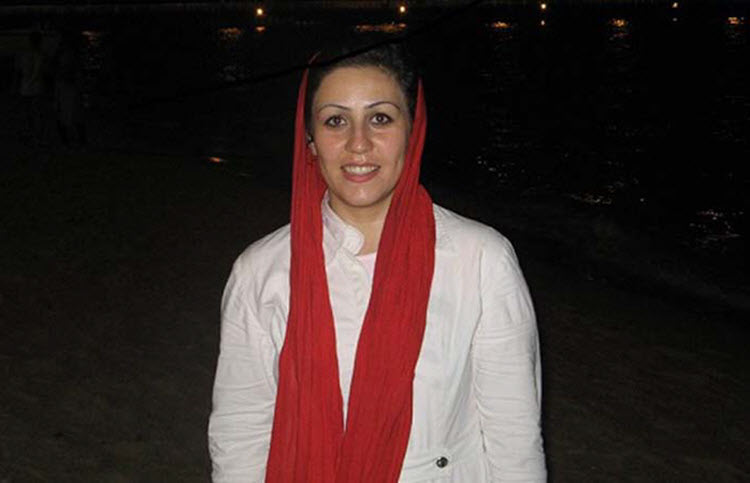 London, 03 Apr – Maryam Akbari was arrested in December 2009 during street protests against that year’s widely disputed presidential election and charged with collaborating with the banned Mojahedin-e Khalgh organization (MEK, also known as PMOI).

One of the Iranian regime’s most notorious judges, sentenced Maryam Akbari Monfared to 15 years’ imprisonment. The political prisoner recently sent an open letter from the women’s ward of Evin Prison Rebuking Judge Salavati.

When Ms. Akbari’s husband inquired about her freedom, Judge Salavati responded, “Let me check out and see whether her name is on the amnesty list.”

Maryam Akbari Monfared listed the many crimes of the regime during their rule, and triumphed her opposition to it. She said, “My enchained compatriots and I are the ones who must grant amnesty.”

The letter was published on March 30th, 2018. Excerpts are reproduced below:

Iran’s society was still fresh with the sense of the 1979 revolution when the first Nowruz arrived. The Islamic Caliphate was trying to conceal its tyrannical nature under a banner of democracy (by staging a referendum on the Islamic Republic) and subsequently used this as a guide to implement its anachronistic and anti-human values. The dark days subsequently began to follow.

In the history of nations, there are incidents whose impact on the people lasts for generations.

The incidents of the 1980s, the eight-year Iran-Iraq war, the disposable soldiers, the disposable students who were sent on the mine fields, and the executions of the most courageous children of Iran, were the first gifts of the Islamic Republic or the people of Iran. Aside from the lives and the years that were destroyed, the social infrastructures rapidly started to dismantle, a catastrophe whose consequences can still be felt decades after the end of the war.

The wall of repression was erected taller with every passing day. The totalitarian nature of the Islamic Republic which sought to monopolize everything gradually became more evident.

The 1988 massacre, concealment of the graves, hiding the names of martyrs. From the prisons and interrogation rooms in the 1980s, the regime’s followers have denied the continued existence of victims to the point that regime’s Foreign Minister, Mohammad Javad Zarif denies the existence of political prisoners and prisoners of conscience, but the Call for Justice movement challenged him.

The 1988 massacre laid the foundation for a regime of executions, an incessant cycle of executions which has been implement up to this date. The Islamic Republic has brought none but carnage, plunder and bloodshed for Iran and Iranians. It has stolen the country’s wealth and resources. The banks and pension funds have gone bankrupt, people are hungry and the economy has been crippled. Division and contradiction among the regime’s factions have intensified as deals and relations are unraveled.

Amidst so much misery and misfortune, the mullahs have sensed that their end is imminent. They seek to cover up so many years of oppression and what they have done to the people of Iran with the deceit of amnesty.

What I have briefly enumerated is a response to Abolghassem Salavati who told my husband after his latest inquiry, “Let me check out and see whether her name is on the amnesty list.”

After nine years of imprisonment, I am proud and steadfast and my heart is filled with joy for all of its moments. Not only I demand justice for my sister and brothers, but also for myself for the life you stole from me, for nine years that you deprived my children from living and stole their childhood. So, my enchained compatriots and I are the ones who must grant amnesty.

With all my love and faith, I extend my warmest salutes to the martyrs who fell for freedom and to the martyrs of the uprising in December and January who became symbols of honesty, selflessness and perseverance.

The Scotsman: Britain's threat of international sanctions against Iran...