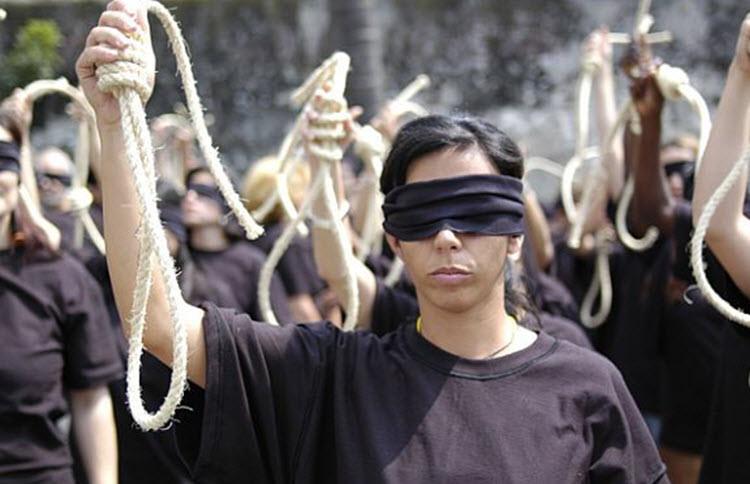 London, 19 Jun – Experts from the United Nations, Ms Agnes Callamard, Special Rapporteur on extrajudicial, summary or arbitrary executions and Ms Renate Winter, Chairperson of the Committee on the Rights of the Child, have raised concerns about Iran’s plans to execute a young man who was handed the death sentence at the age of only 15.

The young man in question is Mohammad Kalhori and Iranian authorities have suggested that his execution will take place very soon. He was accused of killing his teacher.

Furthermore, Iran has ratified the Convention on the Rights of the Child and the International Covenant on Civil and Political Rights so it had a duty to ensure that the death penalty is not handed out to those that were under 18 at the time of their alleged crime.

In their statement, Callamard and Winter pointed out that Iran amended its Islamic Penal Code in 2013 to allow judges in the country to give alternative sentences for juvenile offenders in the case of there being doubts about the individual’s mental state or development when the crime was committed. It also allowed this in the case of the juvenile offender not realising or understanding the nature of the crime that was committed. (The amendment is Article 91 of the Penal Code.)

Three years after this, Iran gave assurances to the UN Committee on the Rights of the Child that the amendment would be applied to all of the juvenile offenders that were sitting on death row at that time.

An Iranian forensic institution compiled a report on the case of Kalhori and concluded that the boy had not reached mental maturity at the time of committing the crime. He was thus ordered by the Criminal Court to pay a fine and was handed a prison sentence.

However, a government official and Member of Iranian parliament wrote a letter and appealed the sentence. This resulted in the Supreme Court overturning the original verdict and the boy was subsequently given a retrial which led to him being sentenced to death.

Callamard and Winter in their statement said: “The Iranian authorities must halt the execution of this juvenile offender and annul the death sentence against him in compliance with their international obligations. Notwithstanding the clear prohibition of the application of the death penalty for those under the age of 18, this case demonstrates flagrant disregard for the amendment to the Penal Code itself and raises concerns about possible interference in the independence of the judiciary.”

The National Council of Resistance of Iran (NCRI), the main opposition, has been highlighting the regime’s corrupt and lawful practices for years, including its execution of minors. On 30th June, it will hold its annual gathering in Paris in which practices like these will de discussed as well as a way to move closer to a free and democratic Iran.

Iran Focus:Iranian FM will not take part in Amman...

Businessman charged for exporting to Iran

UPI: The president of a South Carolina synthetic oil...