The Singapore Deal Must Include Iran 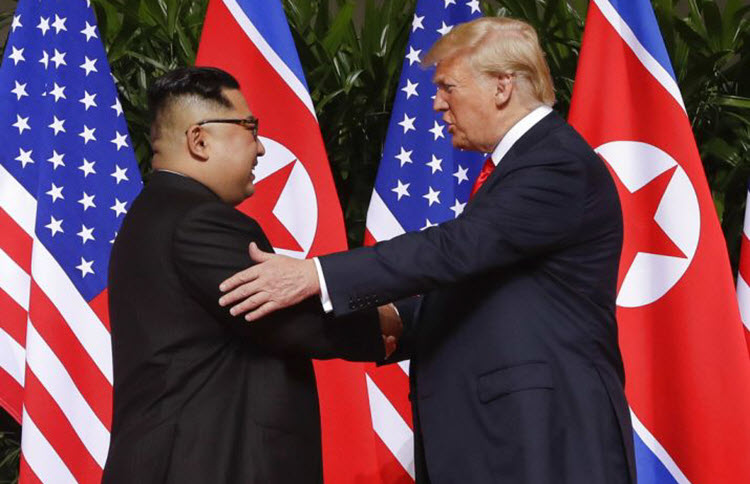 London, 19 Jun – While the eyes of the world were focused on last week’s Singapore Summit, many speculated that it was concerning that Iran was not there. After all, what is the point in securing a denuclearized North Korea, if their nuclear programme is just packed up and shipped off to their rogue-state ally Iran?

It is no secret that Iran and North Korea have been cooperating on ballistic missiles and nuclear technology for the past 20+ years. You can see this in both the actual photos and videos of Iranian nuclear scientists at North Korean missile launches and the eerily similar missiles that they have produced.

Iran’s Shahab 3B missile was based on a North Korean one, but Iran improved on it, so that it can now hit targets as far away as southern and eastern Europe, while carrying a nuclear payload.

The countries have even tested small atomic bombs and built a Yongbyon-reactor clone in Syria (destroyed by Israel in 2007). There is even evidence that they transporting a large amount of enriched uranium or plutonium from Iran to North Korea on the Ryongchon train in 2004, where the train exploded killing 160 people and injuring 1,300.

This cooperation did not stop when Iran signed their 2015 nuclear deal, which the US has since pulled out of citing Iranian cheating – it just went underground. This means that should Kim Jong Un agree to end his nuclear programme, he could easily sell the weaponry to Iran without any US interference.

But the situation gets worse. Iran has signalled that it will be increasing its production on uranium, following the US withdrawal, which means that – combined with the North Korean equipment – Iran could soon be ready to launch nuclear weapons.

Iran has already been launching ballistic missiles at Saudi Arabia, through its Houthi militias in Yemen. What will stop them from sending nuclear weapons next?

Also, this means that North Korea could continue its nuclear missile development in secret – as Iran did – and bring their missiles home at any point to re-emerge as a nuclear power.

The Singapore deal must therefore contain restrictions on North Korea’s relationship with Iran or any Iranian controlled state. The US should also work towards the removal of Iran from other countries in the Middle East.

Of course, the best way to ensure a non-nuclear Iran is to support regime change led by the people. This will be the biggest discussion at the Free Iran gathering in Paris on June 30.

Washington Times: With some sort of showdown with Iran...

AP: A top member of Iran’s judiciary said Tuesday it...