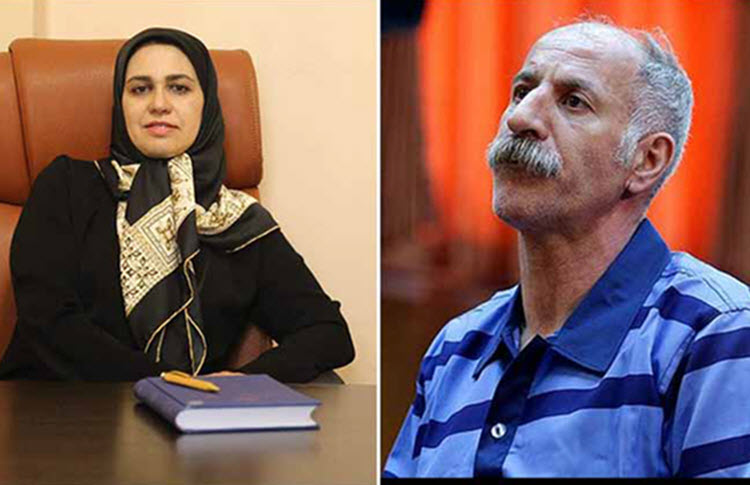 London, 22 Jun – An Iranian defence lawyer has been arrested by the mullahs’ regime after claiming that her client, who was executed on Monday for the murder of three police officers, was innocent.

Zeinab Taheri was arrested at on Tuesday, according to human rights activist Heshmat Alavi, for allegedly making “false statements” and increasing online debate about the innocence of Mohammad Reza Salas.

A Twitter account bearing Taheri’s name tweeted on Monday that evidence of Salas’ innocence would soon be revealed, but there are questions about who was actually tweeting as they continued to tweet about Salas’ case even after Taheri was in custody and retracted the decision to go public about the case because of requests from Salas’ family.

Salas was charged with intentionally driving a bus into a group of police officers during clashes between the regime and the minority Sufi religious order in February.

The Sufis are often targeted by the Regime for their religious beliefs and the protests were over the arrest of many Sufi members and the surveillance of their leader.

Alavi tweeted that the Iranian Regime had used the World Cup as a distraction technique, so that they could execute Salas without much attention being paid to it and warned that many others are in danger.

In a statement from Human Rights Watch on Monday, the organisation criticised Iran for its execution of Salas, reaffirms its opposition to the death penalty, and addresses “serious allegations of torture to force confessions”, something that isn’t uncommon under the Iranian Regime.

It cites Taheri’s comments to another human rights group, in which she explained that Salas was violently beaten in prison – to the point of almost losing his sight – and was forced to confess.

Taheri had previously represented Iranian scholar Ahmadreza Djalili, who was sentenced to death for spying for Israel in a trial that Amnesty International called a “secret and hasty procedure that did not allow arguments from the defence”.

The arrest of a defence lawyer and Iran’s numerous executions is an appalling breach of human rights, but it should be clear that the Iranian Regime will never support human rights. The only way for the people of Iran to have human rights is with the overthrow of the mullahs.

That’s why the world should support regime change and the Free Iran gathering in Paris on June 30.