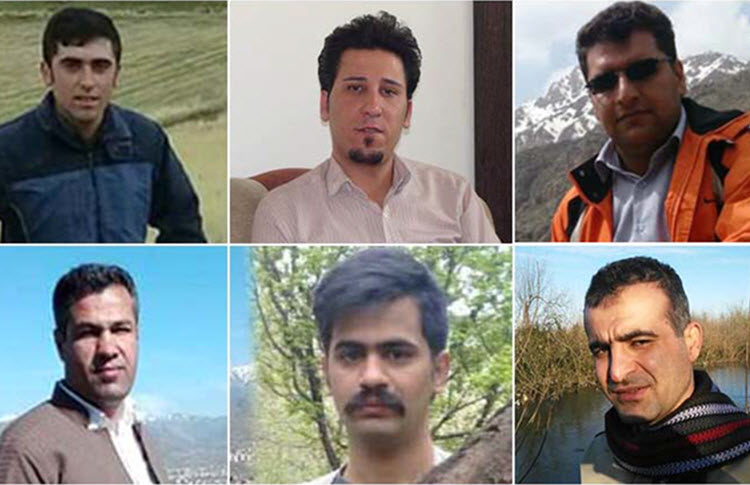 London, 22 Feb – The Iranian security forces has arrested several more environmental activists over the past few days and transferred them to unknown locations in what is being seen as a worsening crackdown on conservationists.

On February 17, four activists were arrested. Zakaria Naghshbandi, Arman Vafaei and Shahou Faraji were arrested in Sanandaj, while Yousef Farhadi Babadi, a member of the “Voice of Water” Campaign in Shahre Kord, was arrested by Iranian security agents as he travelled home with his family members. Notably, the campaign and its activists were featured in a report by the Revolutionary Guard Corps-affiliated Fars news agency.

The officers raided the homes of the arrestees and confiscated personal belongings, such as mobile phones and tablets.

Security agents in Marivan arrested Iraj Rahimzadeh on February 18 and his family has not been informed of his whereabouts.

Earlier this month, a human rights group announced the arrest of Sirwan Ghorbani, an environmentalist and council member of the Kurdistan National Unity Party, in Kamyaran. When he was arrested, the agents raided his home, put a sack over his head, and confiscated the phone of his sister, Samira, who had to be taken to a hospital after collapsing. Samira is also required to report to a local information bureau soon.

This follows up from the arrest of at least 13 other environmental and civil activists in Kamyaran and Sanandaj at the end of 2018, who have all had their detainment extended in recent days. Kurdistan provincial deputy security chief Hussein Khosheqbal accused them of engaging in “criminal activities” on behalf of environmental groups.

This is not surprising or new. Amnesty International reported that over 7,000 rights defenders, including at least 63 environmental activists and researchers, were detained on dubious charges in 2018 alone, with some still being held without even access to legal representation.

One example would be the nine activists from the Persian Wildlife Heritage Foundation, arrested in January and February of 2018 for espionage after they used camera traps to monitor wild animals near a military base with full permission of the Iranian government.

While the ninth environmentalist, Candian-Iranian professor Kavous Seyed-Emami, died under suspicious circumstances in jail last February. Authorities claimed it was suicide but refused to open an investigation and put a travel ban on his wife.