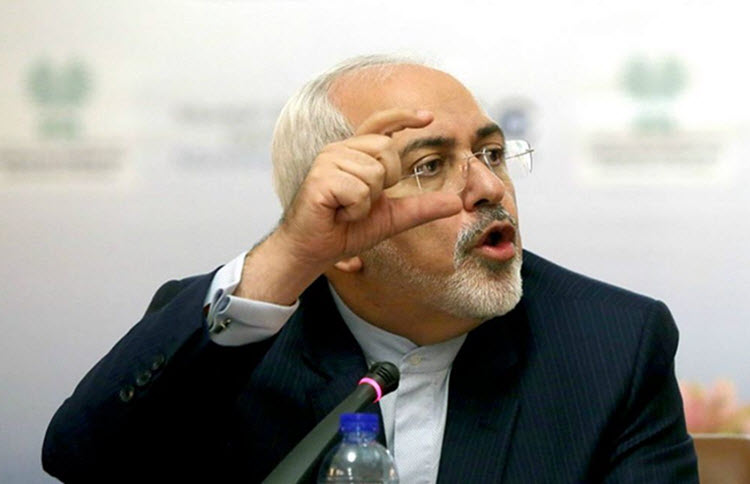 Iran’s Foreign Minister Mohammad Javad Zarif resigned from his position on 25th February amid apologies about the “shortcomings” and failures of the government. However, his resignation was rejected by President Hassan Rouhani and he is now back to work.

He has said that human rights are important to the country and that he wholeheartedly advocates the respect of human rights. He has mentioned on a number of occasions that he is a professor of human rights and has proudly talked about teaching on the subject at a time when it was not fashionable to do so.

He also shirks responsibility in the issue, although it must be pointed out that as part of the foreign ministry it is his business to be right at the centre of the issues. At the end of 2017, Javad Zarif spoke to the British Foreign Secretary Boris Johnson regarding the imprisonment of Iranian-British media charity worker Nazanin Zaghari-Ratcliffe. He told Johnson that he was unable to intervene in the case because of the separation of powers in Iran, saying that her situation was for the country’s judiciary to deal with.

This was a complete cop out. As the Foreign Minister he has an obligation to get involved with matters that constitute a violation of international laws and human rights obligations. Javad Zarif should be the one that answers, truthfully, on such matters.

The complete disrespect of human rights in Iran is something that has been continuing for decades. Iran has a very high execution rate and the circumstances surrounding these executions are alarming. Iranians who were minors at the time of committing a crime are executed, political prisoners and prisoners of conscience are executed, as are religious and ethnic minorities. Others are executed for minor charges such as drug offences.

The Iranian dictatorship has also been involved in some of the most tragic events such as the 1988 massacre in which tens of thousands of political prisoners were executed during the course of one single summer.

As someone that has supposedly taught human rights for decades, surely Javad Zarif should see that Iran is lagging behind the rest of the world on this topic?

The people of Iran are brutally suppressed and they are calling for change. They are taking to the streets and bravely risking arrest, torture, imprisonment and even their lives to make their voices heard, once and for all. They will not accept a future without human rights. And they should not have to.

By Pooya Stone Every time someone or an organization...

Bloomberg: Iran is seeking to build a $4 billion...