Increased Fears for Christians in Iran 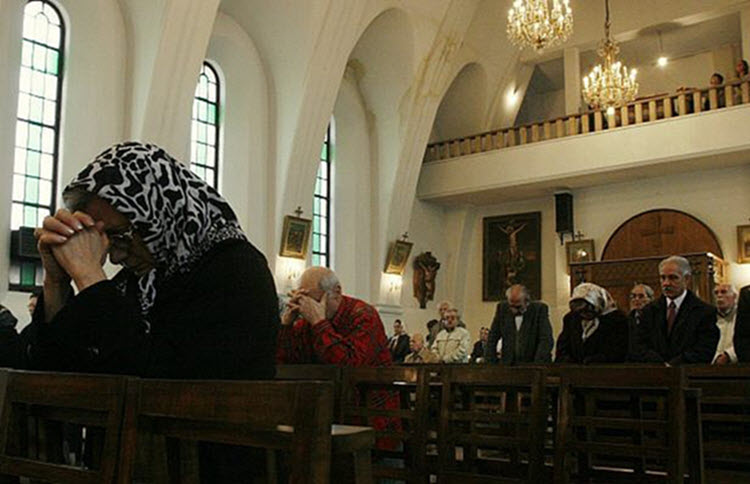 London, 13 Mar – There are increased fears over the safety of Christians in Iran following the arrest of three more worshippers in Rasht, Gilan Province, during what activists describe as an “ongoing official campaign of repression” against the religious minority.

Christian Solidarity Worldwide (CSW), an advocacy group, explained that some of those arrested for merely practising their faith are from the Church of Iran, one of the largest evangelical church movements.

On February 23, two men – identified as Babak Hosseinzadeh and Behnam Akhlagh – were arrested by security forces while attending a church service. Another man – identified as Mehdi Khatibi – was arrested that same day following a summons from the secret police.

This brings the total number of Christians arrested in Rasht alone since the beginning of the year to six, following the arrests of Hossein Kadivar (Elisha) and Khalil Dehghanpour on January 29 and Pastor Matthias Haghnejad on February 10.

Pastor Haghnejad, who was leading a service when arrested by the Revolutionary Guards, has been arrested and tried multiple times since 2006, in Rasht, Shiraz, and Karaj.

It is not clear why Iran began this latest crackdown on Christians, but the mullahs have expressed fears in the past that the spread of Christianity could well lead to the downfall of the Mullahs.

CSW’s Chief Executive Mervyn Thomas said this is “a heightened campaign of repression that has seen Christians receiving excessive charges and sentences merely for exercising their right to manifest their religion in private and in community with others and in a peaceable manner”.

He advised that Iran’s punishment of Christians violates the International Covenant on Civil and Political Rights and the Iranian constitution. He urged Iran to release the detained Christians immediately and unconditionally.

These developments came at the same time that a Christian woman, Shamiram Issavi, launched an appeal against a five-year jail sentence for “acting against national security”, imposed against her and postponed in January 2018.

Observers explain that the presiding judge, Ahmad Zargar, seemed confused about the details of her case and ruled that her next hearing would take place after Persian New Year, alongside that of her husband, Pastor Victor Bet-Tamraz, and three Christians who were sentenced alongside him. The three congregation members converted from Islam to Christianity.

Issavi and Tamraz, a well-known ethnic Assyrian pastor, were the leaders of the Assyrian Pentecostal Church of Shahrara before it was forced to close in March 2009. Tamraz was given a ten-year sentence in July 2017, alongside two congregation members, Kavian Fallah-Mohammadi, and Hadi Asgari, while a third person, Amin Afshar-Naderi, was given an additional five years for “insulting the sacred”.

Issavi and Tamraz’s son, Ramiel Bet-Tamraz, was sentenced to four months in prison for “spreading propaganda against the system” through “membership of illegal house churches”, but is appealing his conviction.

Iran tied to closure of TV station in Iraq  report