Women’s Rights Committee of U.N. Has a New Member — Iran 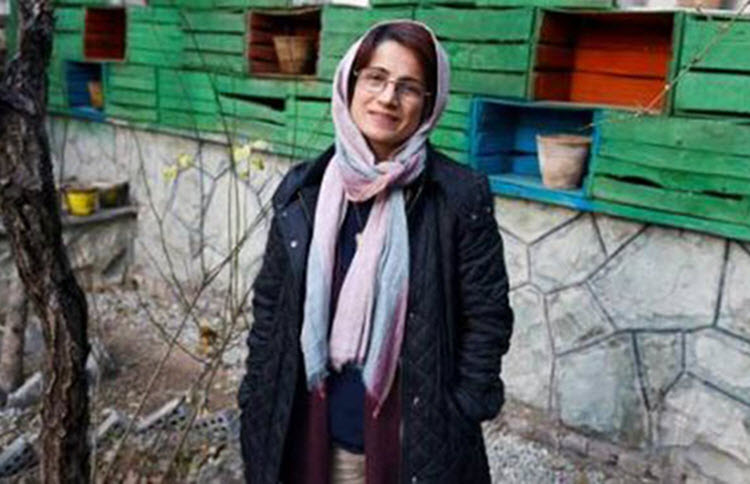 London, 15 Mar – On Wednesday the United Nations issued a shocking announcement: Iran, seen as one of the top human rights abusers in the world, was awarded a seat on the United Nations committee that oversees complaints about the global abuse of women.

Along with Nigeria, another country that is no stranger to human rights abuses, Iran will be promoted to the international organization’s Committee on the Status of Women, which oversees abuses committed by oppressive states — such as Iran and Nigeria.

In Iran, there are many unfair gender laws in the constitution, including those pertaining to playing sports, child custody, citizenship, inheritance and retribution, just to name just a few.

Coming on the heels of this development, inside Iran a prominent Iranian lawyer, Nasrin Sotoudeh, who defended women arrested for protesting the hajib law, has been sentenced to a total of 38 years in prison and 148 lashes, according to her husband. The 55-year-old human rights lawyer has been imprisoned since she was taken from her home in June. Although she is already serving a five-year sentence, husband, Reza Khandan, posted on Facebook on Monday that she has been sentenced to an additional 33 years — and the 148 lashes — after being convicted of several more national security crimes this month.

However, the semiofficial Islamic Republic News Agency reported that a judge at Tehran’s Revolutionary Court claimed that in addition to the five years of Sotoudeh’s earlier sentence for “colluding against the system,” she was sentenced to two years for “insulting” supreme leader Ayatollah Ali Khamenei.

And now this regime is represented on an international panel to protect the rights of women.

In the current 73rd session of the UN General Assembly (2018-2019) has been busy. For instance, all EU member states voted for one resolution each to criticize (1) Iran, (2) Syria, (3) North Korea, (4) Crimea, (5) Myanmar, and (6) the U.S., for its embargo on Cuba. As well, EU states voted for 16 out of 21 resolutions singling out Israel. Yet these same EU states failed to introduce a single UNGA resolution on the human rights situation in China, Venezuela, Saudi Arabia, Belarus, Cuba, Turkey, Pakistan, Vietnam, Algeria, or on 175 other countries.

US President Trump has issued harsh criticisms of the UN. Some believe his criticism is warranted, as was the decision to quit the Human Right Council.

BBC: A former Iranian government spokesman has been jailed...

AFP: Europe's foreign ministers will sharply ramp up the...