US Caution EU Against Trade With Iran 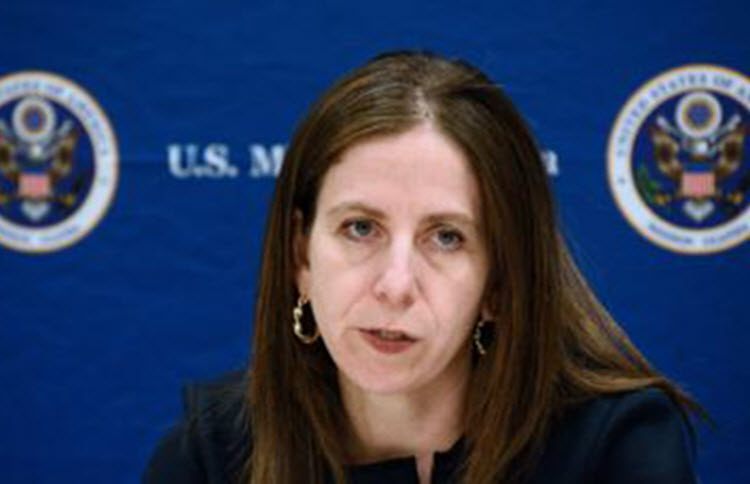 A top Treasury Department official told a Congressional subcommittee on Tuesday that the US has been very clear with Europe about the “significant risks” of providing Iran with a special mechanism to facilitate trade.

US Treasury undersecretary Sigal Mandelker, the head of Treasury’s Office of Terrorism and Financial Intelligence (TFI), told the House Appropriations Subcommittee on Financial Services that the government continues “to maximize economic pressure on Iran to combat its weapons proliferation, terrorism, and regionally destabilizing activities”.

Mandelker explained to the politicians present that the Treasury has formed a unit called The Iran Finance Fusion Cell to help expand on the TFI’s knowledge of Iran’s malign activities and figure out new ways to take action against Iran and the illicit actors it supports.

She then detailed what the US has done since the reimposition of sanctions against Iran in November 2018, following the US withdrawal from the 2015 nuclear deal, explaining that there are currently 927 entities, individuals, vessels, and aircraft on the US sanctions list.

However, Europe has taken a different approach by remaining in the deal, otherwise known as the Joint Comprehensive Plan of Action (JCPOA). This involves trying to appease Iran and provide them with the financial benefits of the nuclear deal without violating US sanctions through the use of a Special Purpose Vehicle to facilitate barter trade and eliminate banking transactions. If this sounds like an unwinnable task, that’s because it is.

In January, following months of debate Europe announced the Instrument in Support of Trade Exchanges (INSTEX), which would facilitate the barter trade. However, many experts are saying that the EU will not make INSTEX operational until Iran has met the anti-money laundering (AML) and anti-terrorist financing (CFT) demands of global financial watchdog, the Financial Action Task Force (FATF).

Iran has yet to do that, with some officials indicating that they want Europe to allow trade first, and have already missed their February deadline. If Iran misses their final June deadline, FAFT will blacklist Iran and its economic situation will get worse.

Mandelker told the subcommittee: “We have engaged extensively with European countries on the significant risks of launching a special purpose vehicle for a country that has repeatedly failed to adopt international AML/CFT safeguards.”

The fact is that INSTEX still violates US sanctions, even if the White House has yet to explicitly say it, so the US is cautioning Europe against doing business with Iran.

AFP: Pakistan risks sparking US sanctions if it pursues...