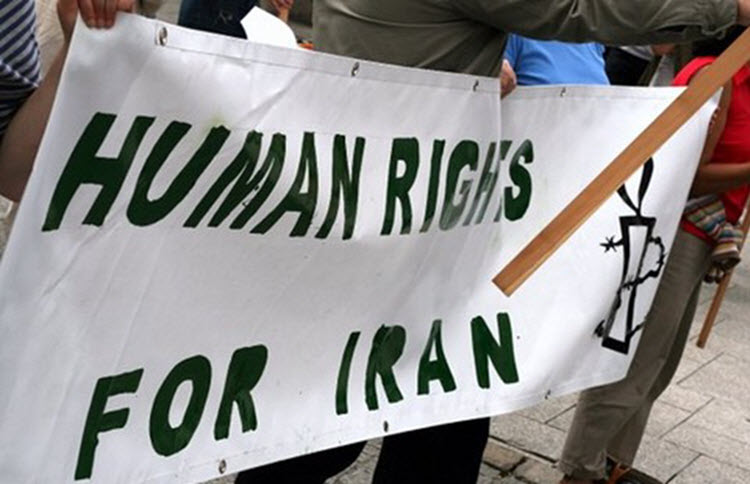 According to Amnesty International’s R. Bahreini, the situation in Iran is only getting worse. No one is safe from being detained under vague laws that criminalize most forms of expression in Iran.

She says, “At the moment there is no sign from the Iranian authorities that they intend to improve their appalling human rights record in this area. We have noticed that people are determined to claim their rights more and more including workers, students and civil society activists, who are taking to the streets and to social media to express their demands.”

Bahreini discussed the concern of many human rights workers, that Iran’s authorities will respond to the growing unrest with a more vicious crackdown. Amnesty is calling on other governments that are in dialogue with Tehran, as well as the UN human rights bodies, to raise concern about the crackdown on civil society. They are also urging the release of all prisoners of conscience who have been for exercising their right to freedom of expression. Amnesty wants Iranian authorities to know that this systematic violation of human rights will not be tolerated.

In a speech last year, Iran’s Supreme Leader said, “In this country there is freedom of thought, freedom of speech and freedom of choice. However, freedom in the Islamic Republic, like in other parts of the world, has a framework.”

Hundreds of people in Iran have been imprisoned for exercising their right to freedom of expression — peaceful political dissidents, journalists, online media workers, students, filmmakers, musicians, and human rights defenders have all faced lengthly prison sentences. Amnesty International has documented the growing number of human rights defenders who have received sentences of more than a decade.

Human rights defenders, says Bahreini, are people who exercise their right to freedom of expression to defend and promote human rights. They include lawyers, women’s rights activists, minority rights activists and trade unionists.

Amnesty’s research since 2013, shows that the situation has deteriorated in many ways. The threshold for invoking national security charges against people who exercise their right to freedom of expression has been lowered. Such activities as giving media interviews, reporting on human rights abuses, connecting the families of political prisoners, or writing letters of solidarity are being used as evidence of national security offenses, leading to unfair trials.

There has also been a considerable increase in the length and severity of sentences issued by authorities, like in some cases, prison terms of more than 20 years. For example, in March Iranian human rights lawyer Nasrin Soutoudeh was sentenced to 38 years in prison and 148 lashes.

Amnesty International has documented cases of several journalists who were flogged after being convicted of spreading lies. Journalists are often arbitrarily detained and many have received flogging sentences, even though flogging is a prohibited form of punishment under international law.

As well, Amnesty consistently calls for the Iranian authorities to revoke the articles that define crimes such as “spreading propaganda” or “insulting the supreme leader” or “inciting the authorities” or “insulting Islamic sanctities”. There are also vaguely worded national security offenses, like “gathering and colluding against national security”. So ambiguous are these “crimes” that any peaceful exercise of the right to freedom of expression may be used by the Iranian authorities to repress those who criticize them.