Canadian Press: The latest legal battle pitting the family of slain photojournalist Zahra Kazemi against the Iranian government has ended in a draw. 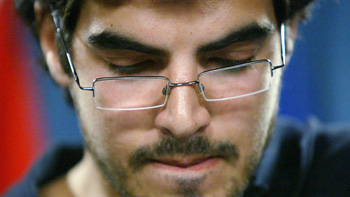 The latest legal battle pitting the family of slain photojournalist Zahra Kazemi against the Iranian government has ended in a draw.

A Quebec judge ruled this week that the estate of Zahra Kazemi can’t sue Iran because of Canada’s State Immunity Act, but her son Stephan Hashemi can continue his civil suit because of a provision in the same act.

It’s a mixed result in a case that has been inching its way through Quebec Superior Court since 2006.

The court ruling comes after a battle in which the Iranian government attempted to block the Kazemi family from suing for $17-million — arguing it was immune from legal action in Canada.

“Mr. Hashemi endured this traumatic prejudice while he was residing in Canada and this is sufficient to trigger the exception,” Mongeon wrote.

“The recourse of the Estate of Zahra Kazemi…cannot be salvaged by application of [the same exception]. All the physical assaults suffered by Zahra Kazemi did not occur in Canada but in Iran.”

Kazemi was buried in Iran

Kazemi was an Iranian-Canadian citizen who was beaten, raped and killed in 2003 after being arrested for photographing relatives of detainees outside Evin prison in Tehran.

She was never formally charged with any crime and was quickly buried in Iran. Hashemi has tried unsuccessfully to have his mother’s body repatriated.

Ottawa has had shaky relations with Iran since Kazemi’s death and has routinely voiced its displeasure with officials in that country over the handling of the case and their lack of transparency.

The Canadian government intervened in the case and defended the constitutional legitimacy of the immunity act.

Lawyers for the Kazemi estate and Hashemi argued the case should proceed in Canada and that it would be impossible to get a fair hearing in Iran.

“On the whole, the reaction is mixed: we’re delighted that Stephan’s recourse has been allowed to proceed against all the defendants but by the same token we’re disappointed the estate’s recourse has been blocked by the State Immunity Act,” Johnson said Thursday.

“We’re going to look at our options in terms of having that part of the decision reviewed.”

Both sides have 30 days to file leave to appeal. Iran’s legal team in Montreal had no comment.

No ‘risk’ from Iran’s Russian-built nuclear plant: US

AFP: The United States sees no "proliferation risk" from...