Iran Had No Legal Reason to Detain Eco Activists 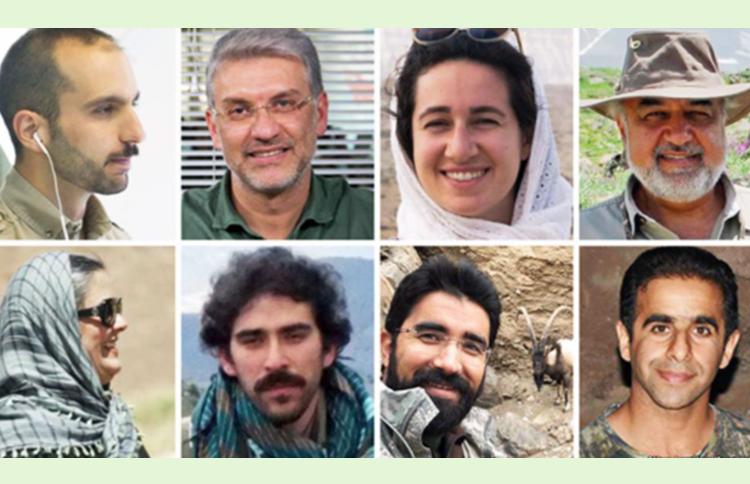 It has been over 400 days since a group of nine environmental activists were arrested and charged with espionage in Iran. Now, one has died under suspicious circumstances in prison and eight are facing trumped-up national security charges, some of which result in the death penalty.

Back in February 2018, Iranian-Canadian professor Kavous Seyed-Emami, the founder of the Persian Wildlife Heritage Foundation (PWHF), was declared to have committed suicide by the authorities, who refused to allow an independent investigation and barred his wife Maryam Mombini, also a Canadian citizen, from leaving the country. Mombini has never been given a reason for this ban.

Seyed-Emami’s eight colleagues remain behind bars, without access to lawyers of their own choosing, and suffering from very poor health, including Morad Tahbaz, who has cancer and is not receiving medication and treatment despite promises from officials.

This is despite the fact that the brother of defendant Amir Hossein Khaleghi determined, following extensive studying of the case and the indictment, that their lawyers have concluded that all eight are innocent and must be released.

Four are charged with “corruption on earth”, which can carry the death penalty, three were charged with espionage, and one was accused of “cooperating and collusion with a hostile country.

Katayoun Rajabi, the sister of defendant Sam Rajabi, said that the families remained hopeful that their loved ones would be released, but advised that the so called judiciary does not care about justice. She said that none of those arrested had done anything wrong, reminding us that while two of them had confessed under torture, they retracted their statements in front of the judge.

Rajabi said: “As we know, forced confessions are not legally valid and since [Niloofar] Bayani declared in court that she had been forced to confess, then there is nothing in the case to support charges against these detainees.”

Yet still, the eight remain in prison and Rajabi does not think that the recent appointment of Ebrahim Raeesi, known for his role in sentencing thousands of dissidents to death in the 1988 massacre, as head of the Judiciary will help matters.

Rajabi, who lives in Germany, said that the families of the defendants are actively trying to raise awareness and lobby officials, but the government is often ignoring them. She noted that her letters to President Hassan Rouhani and member of Iranian parliament Mahmoud Sadeghi “received no answer”, so she has contacted United Nations Special Rapporteur for Human Rights in Iran Javaid Rehman and Germany’s Green Party representative on foreign affairs Omid Nouripour who have both promised to act in this case.

AP: The top U.S. commander in the Middle East...