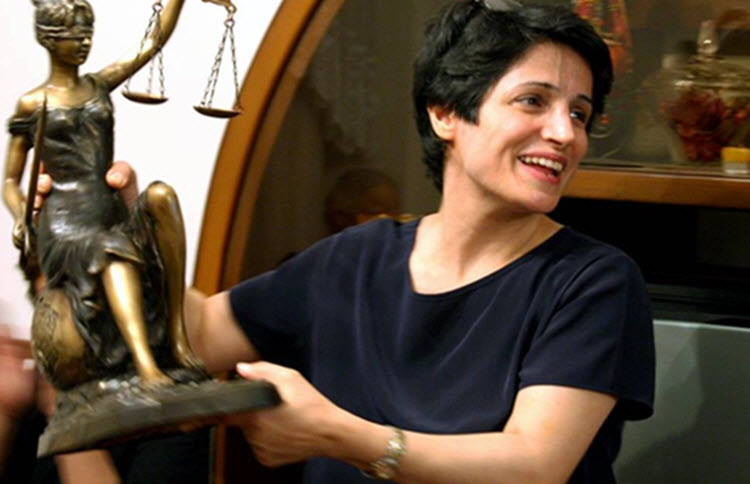 Iran has finally published the sentenced of human rights lawyer and activist Nasrin Sotoudeh, which states that she will serve 26 years in prison and been given 148 lashes, in addition to the five years she’s already serving for espionage.

This is the second of two verdicts against her. It was published almost a month after judicial authorities sentenced Sotoudeh.

Reza Khandan, Sotoudeh’s husband, said that she doesn’t want to appeal as it would do no good because of the “unfair” nature of the judicial process.

He said: “She does not want to undertake any judicial action since she does not agree with the judicial process. Nothing will be done along these lines.”

Khandan had previously informed the world that Sotoudeh was being denied access to a lawyer, which is why she decided not to attend the trial.

Sotoudeh was charged with “gathering and collusion against national security”, “propaganda activities against the mullahs,” “active membership in an illegal group acting against the regime’s security”, “encouraging people to corruption and prostitution”, “disturbing public order and peace”, “spreading falsehoods to mislead the public mind”, and “appearing without hijab” all for her work defending human rights activists in court. This includes defending the Girls of Revolution Street who took part in anti-forced hijab protests during the uprising that began in December 2017.

The verdict stated: “To support removal of the hijab in public and to encourage people to taking off their hijab, with the complicity of her spouse Reza Khandan and certain elements and individuals supporting the overthrow [of the mullahs], they went to the location where the Street Girls had removed their hijabs and placed a bouquet of flowers on the electricity box [on which the women had protested, using the box as a makeshift platform] and distributed badges with the slogan: “I protest against forced hijab”.”

Iranian law only allows the defendant in cases of a political nature to take a hand-written copy of the verdict against them, rather than giving them a copy. This is an example of the secretive nature of the Iranian ruling system, giving them deniability in the eyes of the world by claiming that the prisoner transcribed it incorrectly.

It was previously reported that Sotoudeh would serve 38 years and, again due to the secretive nature of the Iranian clerical ruling system, that might end up being the case as the judge presiding over her trial said that Sotoudeh was already serving seven years in prison.

Sotoudeh was arrested for the latter charges on June 13, 2018, when she began serving the previous sentence for espionage.