US Urges Europe to Get Tough on Iran Terrorism 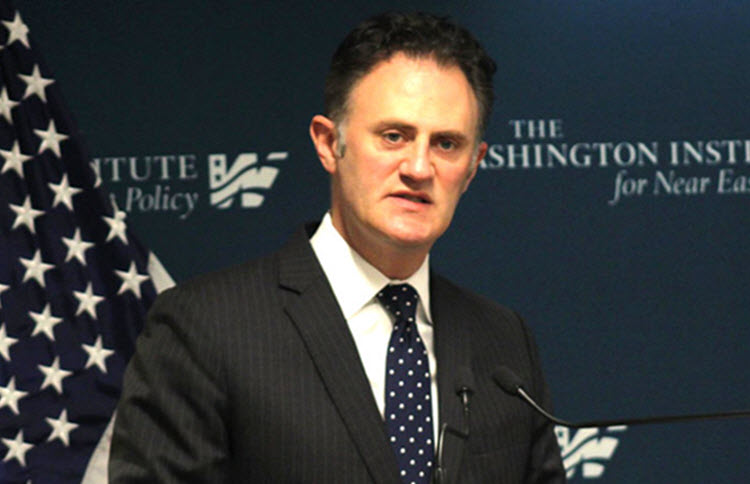 The US is urging Europe to get tougher on Iran concerning its terrorist activities and to hold the mullahs to account for their crimes, with the US counter-terror chief warning that the continent is under increased threat from Iran and will see an increase in terror attacks if Tehran is not held responsible.

Nathan Sales, the US ambassador-at-large and coordinator for counter-terrorism, told the UK’s The Daily Telegraph newspaper that Britain is a likely next target for the mullahs as it is a “fertile ground” for Iran’s campaign of terror.

He said: “If there are no costs, Iran is going to keep at it. So it’s incumbent on us to impose those costs so that we can deter future acts of terrorism.”

He explained that Iran was responsible for the foiled bomb plot targeting the Iranian Resistance rally in Paris last June and a plot to assassinate an Iranian dissident in Denmark in October. He also expressed concern over the number of attempted terror plots Iran has been responsible for in Europe over the last year.

Sales said: “Terrorism is fundamental to Mullahs’ raison d’etre. They regard the export of their revolution as absolutely fundamental and central to their identity… What we need now is the same sort of robust, assertive response to signal to Tehran this is unacceptable and if you do it, we’re going to make you pay a price.”

He applauded the 1990s decision by European states to expel Iranian ambassadors following a bomb attack and said that if similar measures are carried out now, it could be very effective.

He also welcomed the UK’s decision to put the political arm of Iran-backed Lebanese militant group Hezbollah on the terror list, in addition to the military arm, and encouraged other EU states to do the same. The US did so in 1997.

US Secretary of State Mike Pompeo previously said that the Iran-backed group has “American blood on its hands”, with regard to the 1983 US Marine Base bombing in Beirut, and continues to plot and carry out around the world.

Tensions between the US have been rising for some time, but escalated dramatically in 2018, following the US withdrawal from the 2015 Iranian nuclear agreement and the reimposement of US economic sanctions against Iran.

The US is exerting a “maximum pressure” campaign on Iranian an effort to encourage behavioural change.

Use economic muscle for regime change in Iraq

The Herald: The news that an international terrorist...

Forbes: Though Iran and Syria face many constraints...