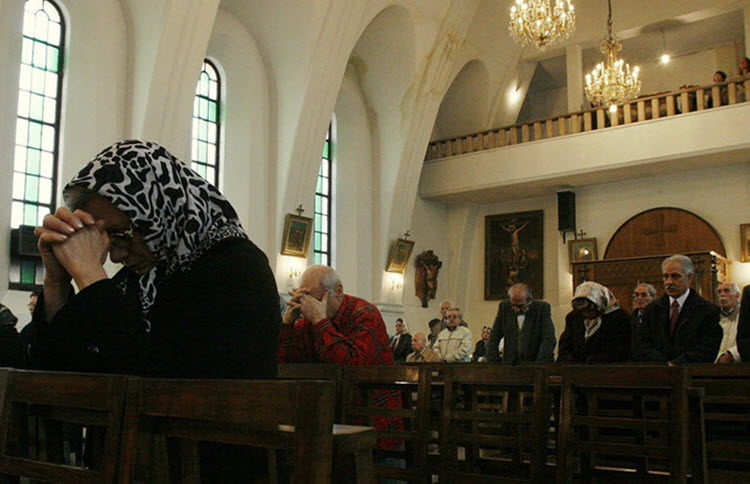 The Iranian Intelligence Minister has publically admitted for the first time that Christianity is spreading throughout Iran.

During a speech to several Shia Muslim clerics, Mahmoud Alavi said that “Christianity is spreading in parts of Iran”, but tried to dismiss the converts because they were ordinary Iranians “whose jobs are selling sandwiches or similar things”.

He then told the clerics to end their infighting if they wanted to stop Iranians from converting to Christianity, noting that several converts had listed that among their reasons for converting.

He said: “We had no choice but to summon them to ask them why they were converting. Some of them said they were looking for a religion that gives them peace. We told them that Islam is the religion of brotherhood and peace. They responded by saying that: ‘All the time we see Muslim clerics and those who preach from the pulpit talk against each other. If Islam is the religion of cordiality, then before anything else, there must be cordiality and peace among the clerics themselves.”

He added: “It is not the job of the intelligence community to find the roots of these conversions from Islam. But it’s happening right before our eyes.”

Iran is widely listed as one of the worst countries on earth to be a Christian, with religious freedom group Open Doors USA listing Iran as the 9th worst country for persecution of Christians.

In order to stop Christianity spreading in Iran, Christians are banned from sharing their faith with non-Christians and church services are not allowed to be conducted in Farsi (Iran’s national language).

Many Christians are arrested, specifically in the run-up to Christmas, and charged with vague national security crimes. International Christian Concern described this as a “Terror Factory” targeting Christians.

The ICC said: “In Iran, any practice that contradicts Islam is regarded as a national security threat, punished severely by the court system… Christians may be looking at large fines, detention, lengthy prison sentences, or even execution under Islamic Sharia law.”

Amnesty International, the Assyrian Policy Institute, and the United Nations have all urged the Iranian government to “respect the right to freedom of thought, conscience and religion” and to “quash the convictions and sentences” of those arrested merely for practising their Christian faith.

The UN said: “This shows a disturbing pattern of individuals being targeted because of their religion or beliefs, in this case, a religious minority in the country. Members of the Christian minority in Iran, particularly those who have converted to the faith, are facing severe discrimination and religious persecution.”