U.S. Must Increase Pressure on Iran 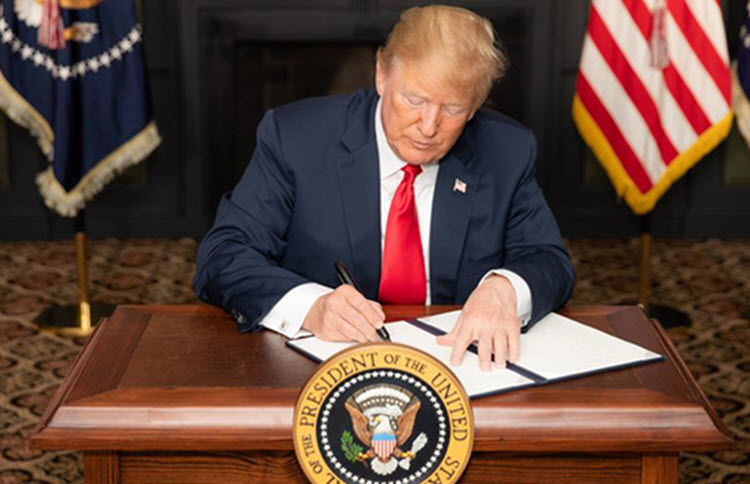 London, 06 May – Donald Trump has drastically improved US policy on Iran since he has taken office, but he needs to go faster and harder, according to former US Ambassador to the United Nations Human Rights Commission Ken Blackwell.

It took over a year for Trump to withdraw from the nuclear deal, a promise he made on the campaign trail, and even then, sanctions were not fully implemented for six months and some sanctions waivers were allowed to continue until last week.

Of course, in recent weeks, the administration has moved their Iran policy into first gear, shifting from “assertive” to “unprecedented” after they designated the Islamic Revolutionary Guard Corps (IRGC) as a Foreign Terrorist Organization (FTO).

The move had long been debated by Western politicians, but many were too wary about the potential fallout. Not the Trump administration.

The IRGC controls a vast amount of Iran’s economy, something tracked by Iranian opposition coalition the National Council of Resistance of Iran (NCRI), and are therefore instrumental in helping the mullahs resist sanctions. Now, anyone caught doing business with Iran could face criminal prosecution for helping a terror group.

So now the NCRI are praising Trump for his actions but encouraging him to go further. At a conference last week, the NCRI encouraged the NCRI to also label the Ministry of Intelligence and Security (MOIS) as a terrorist organization for its support for well-known terrorist proxies and its use of Iranian embassies to plot terrorist acts abroad. The NCRI spoke about 10 such plots in recent years that were all thankfully foiled by the relevant authorities, including the Free Iran rally held in Paris last June and attended by over 100,000 people.

Blackwell wrote: “At a time when Iranian entities are still clearly threatening Western lives and territory, we cannot afford to take it for granted that this trend has gone far enough, or that it will continue naturally. The international community must keep its focus on the positive effects of preexisting economic pressures, all the while wisely targeting new measures against those Iranian entities whose violent threat has yet to be addressed. Designating the MOIS should be the next immediate step.”

While the IRGC designation was long overdue, Trump must take more action to increase the pressure on Tehran and remove the mullahs’ ability to commit terrorism abroad or repression at home. Given the likelihood that the Regime will not change its behaviour, the US must look to the NCRI and endorse them as the rightful representative of the Iranian people.

Senator: No arms to Iraq unless Congress gets info