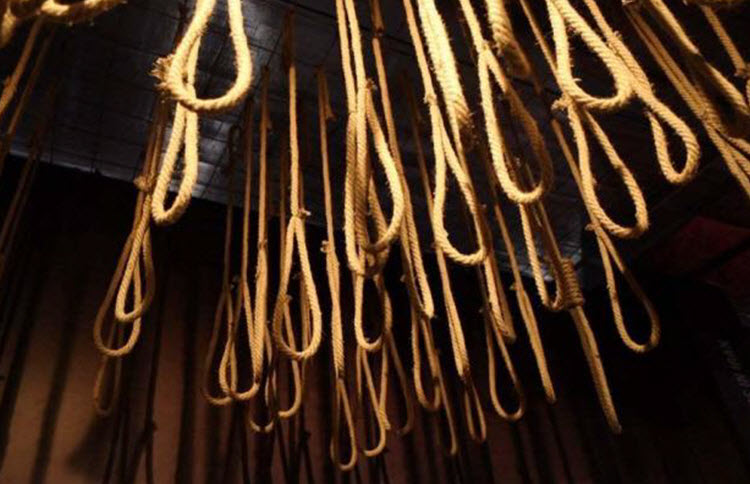 The Iranian authorities have hanged seven prisoners in two prisons in the past week.

On Saturday, August 10, two prisoners were hanged in the central prison of Mashhad, according to a report on Sunday by the state-run Khorasan daily. The paper did not provide the victims’ names, but said that a full report would be published in the coming days.

On Wednesday, August 7, five were hanged in the notorious Raja’i Shahr (also known as Gohardasht) Prison, in Karaj, northwest of Tehran. They have been identified as Mohammad-Reza Shekari, Yousof Zakeri, Majid Arabali, Hossein Panjeh-Maryam, and Bahram Tork.

Before the executions, all the prisoners above, along with a number of other prisoners, were moved to solitary confinement. This is a common intimidation tactic by the authorities to force prisoners into a cell where they have nothing to take their minds off their executions and essentially count down the minutes and hours until they are taken to the gallows. It also frightens those not being executed and makes them think these are their last moments.

Following the executions, several prisoners were taken back to their cells.

The 2018 Annual Report of human rights group Iran Human Rights Monitor, notes that at least 285 people were executed last year, with 11 executions taking place in public. This total includes at least 10 political prisoners, four women, and seven juvenile offenders. Although, the authorities tend to hide statistics that make them look bad, so we can only assume the real numbers are higher.

Iran holds the macabre world record in executions per capita and over 3,800 people have been executed in Iran since the supposed moderate President Hassan Rouhani took office in 2013.

The mullahs use the death penalty as a tool of suppression to silence an angry society, the majority of whom live below the poverty line, are unemployed, and deprived of their most basic freedoms.

Iran’s government has been condemned for its gross human rights violations on 65 occasions by UN human rights bodies. Here are just some of those reasons:

• violation of basic human rights, particularly with regard to minorities

France’s Total: Too risky to invest in Iran