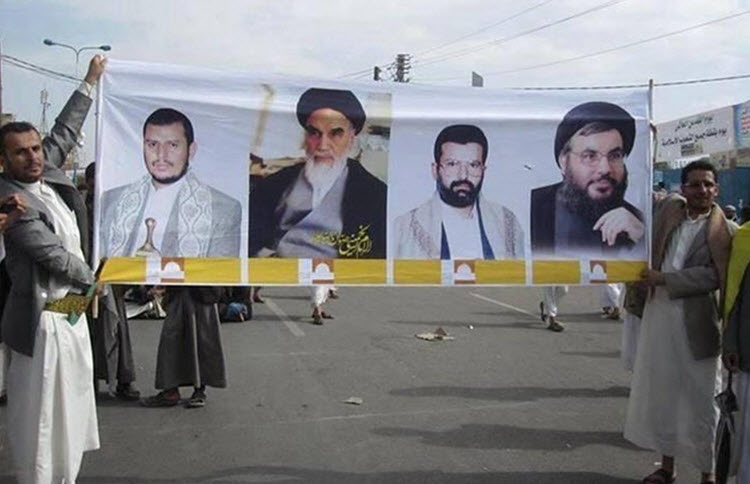 Supreme Leader of Iran Ayatollah Ali Khamenei met with the representative of the Iranian-backed Yemen-based Houthi militia, Mohammed Abdul Salam, on Tuesday in Tehran, according to Khamenei’s official website.

During the meeting, he pledged that Iran would continue to support the Houthis, who ousted the internationally recognised government in 2014 and brought about a civil war that has killed tens of thousands and brought Yemen to the brink of famine.

Currently, a Saudi-led Arab coalition is fighting to restore the government and end the war, with increased attacks on Houthi military sites, but this has led to increasing attacks on Saudi Arabia by the Houthis.

Khamenei called for “strong resistance against the Saudi-led plots to divide Yemen”, possibly because Tehran sees the war as a chance to hurt their long-time regional foe. Iran has denied providing military and financial support to the Houthis and puts the blame solely on Saudi Arabia, accusing them of plotting to “divide Yemen”.

This was the first time that Khamenei met Salam in Tehran. This came just two days after Iranian Foreign Minister Mohammad Javad Zarif met Salam, before heading to Doha to meet with Qatari officials, according to two Iranian state-run news organisations.

A couple of days before that, the Houthi delegation gave Khamenei a letter from the movement’s leader, Abdel-Malek al-Houthi, according to Iran’s semi-official Tasnim news agency who gave no details about the contents.

Also on Tuesday, the Arab Coalition announced that a drone, launched by the Houthis in Sana’a, landed on in Amran, Yemen. The Coalition said that the “Houthis repeatedly lie by claiming to have targeted the Kingdom’s Abha airport”.

Of course, Yemen is far from the only country’s civil war that Iran is currently meddling in.

Iranian militias are participating in battles in northern Hama, southern Idlib and eastern Latakia in Syria, according to the opposition Shaam news network.

They said: “Trained Iranian militias are believed to have recently reached the area to take part in military operations launched by the regime and Russia against the Idlib and Hama countrysides.”

The Iranian government supports the Syrian president Bashar Assad for two reasons, according to Iran watchers. First, Tehran views Syria as an Iranian province and seek to control it, which it thinks it will be able to do, using Assad as a puppet.

Second, it wants to stop the Iranian people rising up to overthrow the government in the way that the Syrians have to Assad.

‘Adultery’ sisters to be stoned to death in Iran

Reuters: Total reiterated on Thursday it was still in...