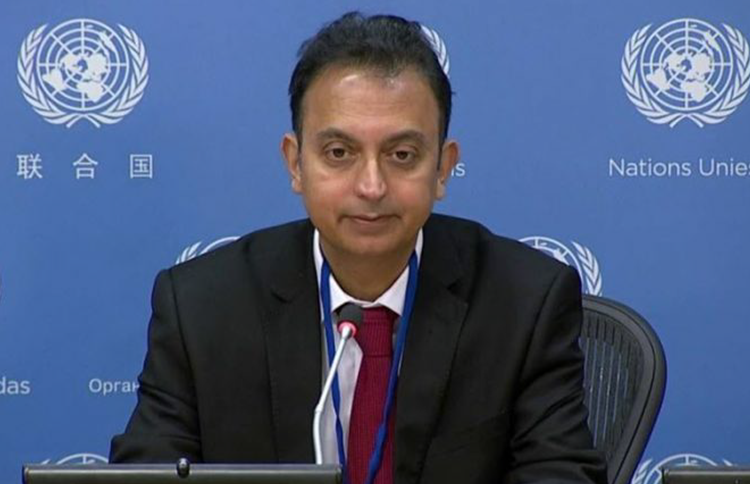 Javaid Rehman, the UN Special Rapporteur on human rights in Iran, has said that there are increased restrictions on the rights to freedom of expression, liberty, and a fair trial in Iran, in a report entitled Situation of Human Rights in the Islamic Republic of Iran, which was circulated to the UN General Assembly on August 16.

Alongside the execution rate that he said was one of the highest in the world, Rehman also brought up arbitrary arrests and detention as one of the major concerns in Iran right now, specifically those of dual and foreign nationals.

He welcomed the recent release of Lebanese businessman Nizar Zakka, who was sentenced to 10 years in prison on the bogus charge of spying for the United States in 2015, purely because he had US residency status.

However, Rehman is concerned about the roughly 30 dual and foreign nationals still imprisoned in Iran, especially those being ill-treated or denied medical treatment. This includes Nazanin Zaghari-Ratcliffe, Xiyue Wang, Ahmadreza Djalali, and Kamran Ghaderi.

The report read: “The Islamic Republic of Iran has subjected these individuals to sham trials, which have failed to meet basic fair trial standards, and convicted them of offences on the basis of fabricated evidence or, in some cases, no evidence at all, and has attempted to use them as diplomatic leverage.”

In December last year, six families published an open letter raising concerns over the arbitrary detention of their relatives, which they believe to be “hostage-taking”.

While Nazanin Zaghari-Ratcliffe, who was granted diplomatic protection by the UK Government has gone on three hunger strikes to protest her continued detention. During her third hunger strike, from 15 to 29 June 2019, her husband Richard Ratcliffe also went on hunger strike, camping outside the Iranian Embassy in London. Shortly after, Zaghari-Ratcliffe was transferred to a psychiatric ward under close surveillance by the Revolutionary Guard and without access to her family.

In the report, Rehman also brings up that human rights lawyers have been routinely targeted by the Iranian authorities, facing “increasing levels of intimidation, arrest and detention for providing legal counsel to dissenting voices”. At least eight prominent lawyers were arrested for defending political prisoners and human rights defenders, since September.

• Nasrin Sotoudeh, who was sentenced to 38 years in prison and 148 lashes, for defending women charged for protesting against the compulsory hijab, despite over a million people calling for her release

• Amirsalar Davoudi, who was sentenced to 30 years in prison and 111 lashes, for using the Telegram app to publicise rights’ violations and giving media interviews

• Mohammad Najafi, who is currently severing three years and could be facing a total of 19, for a collection of vague charges

AFP: US officials have arrested an alleged Belgian arms...