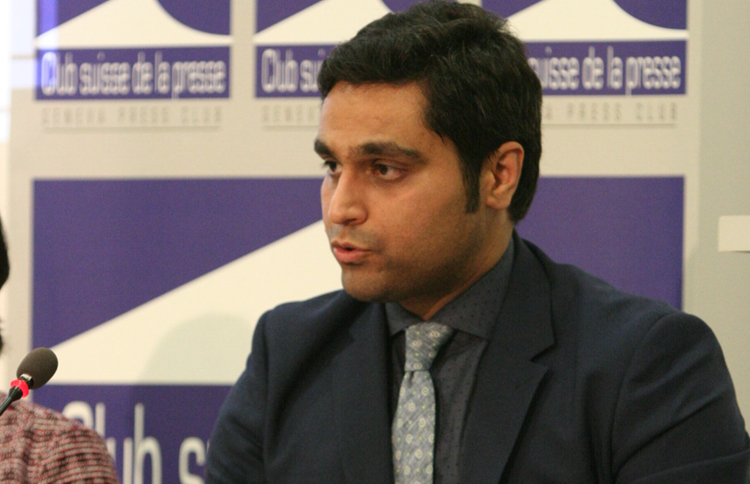 In the 1980s, the Iranian authorities arrested the parents of human rights activist Ehsan Qaraee and, following a fatwa by then-supreme leader Ruhollah Khomeini, murdered his father.

Qaraee is now raising awareness of the 1988 massacre of 30,000 political prisoners, which Amnesty International and Human Rights Watch have branded “crimes against humanity”, in order to get justice.

Qaraee told The Express that his mother was savagely tortured in front of her one-year-old daughter.

He said: “My parents were both teachers—my father was a historian and my mother was a maths teacher. After Khomeini took power they started to arrest people and at the start, they went for academic people. They arrested both of my parents separately in 1981. My sister was just one year old. For a period of three months, they tortured my mother in front of my sister’s eyes.”

Qaraee is calling for those responsible to be “brought to justice” because many of the perpetrators still hold high-ranking government roles today.

He said: “For me, I would like some recognition from especially the UK Government that this crime was a crime against humanity. And I would like that the UN establish a committee—a truce committee—and that they investigate this crime. Because all of those who committed these crimes—all of those who were in ‘death committees’ all around the country—they are still in power. We are talking about Ebrahim Raisi who is the head of the judiciary system in Iran—or Mostafa Pourmohammadi who is Justice Minister.”

The main victims of Khomeini’s political purge in 1988 were members and supporters of the People’s Mujahedin of Iran (PMOI/MEK). Their plight was highlighted in an Amnesty report last year, entitled ‘Iran: Blood-Soaked Secrets’, where the charity describes the inability of families to be given the bodies of their loved ones as an “ongoing crimes against humanity”.

Amnesty’s lead researcher on Iran, Raha Bahreini, said: “For three decades, families and survivors and former prisoners have been struggling for truth and justice and they have documented this horrific crime in order to counter the narratives of denial and distortion the Iranian authorities have been perpetuating. We have relied on this legacy of documentation and tried to use the new evidence that has emerged in order to further the struggle of the families and survivors for truth and justice.”

Hossein Fathi, 68, and his wife Fatima Abdi, 53, were also targeted in the massacre and gave Express accounts of barbaric acts of torture that they were subjected to, with Fathi, who lost 14 members of his family, saying the authorities lashed him and hung him from the roof.

While Ahmad Ebrahimi, another victim, said that he and fellow prisoners were blindfolded and taken to an interrogation room for questioning about their support for the opposition.

Mostafa Pourmohammadi, who was on the Tehran Death Committee and sentenced thousands to death, was appointed as Minister of Justice under current Iranian President, Hassan Rouhani.

Amnesty has asked the United Nations to establish an investigation group to find the facts of “crimes against humanity” in Iran.

BBC: Investigations into Iran's nuclear programme will reach a...