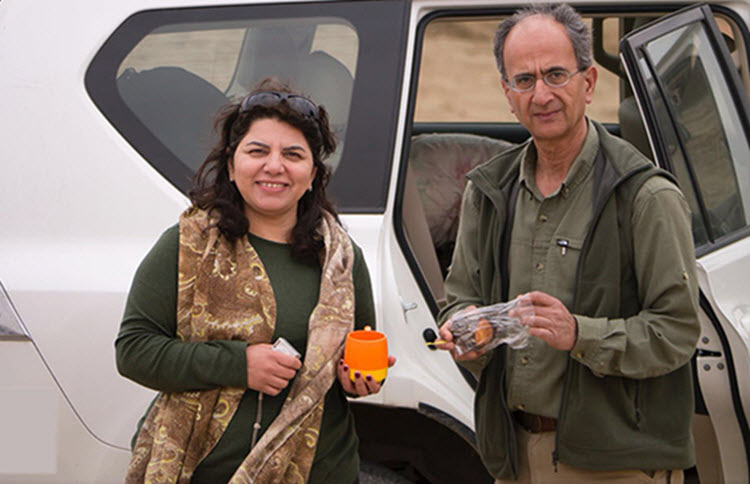 London, 20 Feb – Iranian authorities have extended the travel ban on the widow of an Iranian-Canadian environmentalist who died under suspicious circumstances in prison last year after being arrested on suspicion of spying, according to state-run news agency IRNA on Tuesday.

Payam Derafshan, the lawyer for widow Maryam Mombeini, said that he had gone to a Tehran court on Sunday to seek an end to the year-long travel ban imposed on her following the death of her husband Kavous Seyed-Emami, but the court extended the ban instead.

Derafshan explained that he responded with a letter of complaint to the Tehran prosecutor, in which he argued that the ban should not have been extended because Mombeini had cooperated fully with authorities and was not a suspect in the ongoing case against her late husband’s colleagues. He said that this travel ban prevented her from being with her two sons who have been in Canada since last March.

It is not clear why Mombeini has been barred from leaving Iran.

Ramin Emami, one of Mombeini’s sons based in Vancouver, retweeted a link to the IRNA report about his mother and added the comment “What to say about this injustice?” and the hashtag #bringmaryamhome.

He tweeted: “Iran must allow Maryam Mombeini to leave the country and travel to Canada to be with her family – and the regime must provide answers in the death of her husband, Kavous Seyed-Emami, in Evin prison.”

Last January, Iran detained Seyed-Emami and eight other members of the Persian Wildlife Heritage Foundation, claiming that they were spying on military sites, even though their request to track an endangered species of cheetah in the area was approved by the Regime.

Seyed-Emami died in the February, with authorities claiming suicide, but refusing an investigation into his death.

The remaining environmentalists – Niloufar Bayani, Taher Ghadirian, Houman Jowkar, Sepideh Kashani, Amir Hossein Khaleghi, Abdolreza Kouhpayeh, Sam Rajabi and Morad Tahbaz – began their closed-door trial on January 30, 2019, with a great deal of the indictment being based on the forced confession of Bayani.

Bayani revealed this during the first session of the trial, interrupting the prosecutor to note that she had already retracted the confession she made under mental and physical duress. According to the Center for Human Rights in Iran (CHRI) and Human Rights Watch, Bayani was absent from the third, fourth, and fifth sessions of the trial, but the reason is unknown.