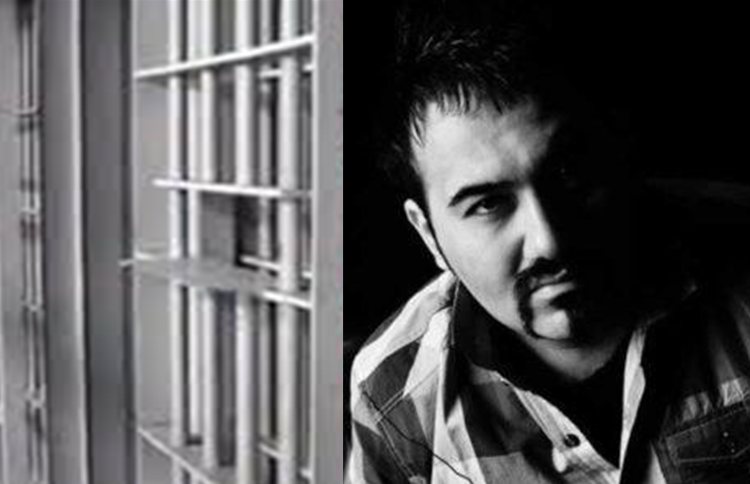 An Iranian political prisoner has written an open letter calling out what he described as “legitimate and legal corruption” at Tehran’s Evin Prison.

In the letter, written on August 15, jailed blogger Soheil Arabi said that new limitations on prisoners, especially restricting their contact with the outside world, have been enforced since the new head of Evin Prison took over.

He wrote: “It has been more than two months that telephone cards are only available in the prison’s black market and are sold at five times the normal price.”

Arabi, a photographer, blogger, and civil rights activist, explained that most prisoners find it impossible to purchase these cards now, especially those detained for inability to pay their loans.

He wrote: “The motivation behind this move by officials is to prevent information from leaving the prison.”

Arabi, who was arrested in December 2013 by the Islamic Revolutionary Guards Corps (IRGC), said that the “black market” on telephone cards and other items was created as a result of these limitations enforced by the IRGC Sarallah Intelligence Base. The idea is not only to prevent the free flow of information but also to enrich prison officials because prisoners are now subject to so many limitations that they are essentially forced to “buy” their freedoms, which creates “a never-ending cycle of corruption”.

He said: “Prison officials and security institutions make more money in addition to their normal salaries they get from the government for fighting crime.”

After Arabi’s initial arrest, he was kept in solitary confinement for two months in Ward 2A, controlled by the IRGC, and only had contact with the guards who would subject him to relentless interrogations.

Arabi was sentenced to death for “blasphemy”, a crime under the mullahs’ harsh Sharia law that is often used as an excuse to target activists. His death sentence was commuted to 7.5 years in prison in July 2015, but his prison sentence was extended by three years in October 2018 for activist work that he carried out from prison. At that time, he was also given an exile sentence to Borazjan, in southern Iran, after he is released from prison.

Arabi has gone on hunger strike three times to protest the violation of his rights in prison. He was recently transferred to Evin Prison from the Greater Tehran Prison following the arrest of his mother, Farangis Mazloumi, an outspoken prisoners’ rights activist.

Mazloumi was arrested by agents of the Ministry of Intelligence and Security (MOIS) on July 21 and is currently being interrogated in Section 209 in Evin Prison.

Reuters: Iran's army has fired tactical missiles and will...