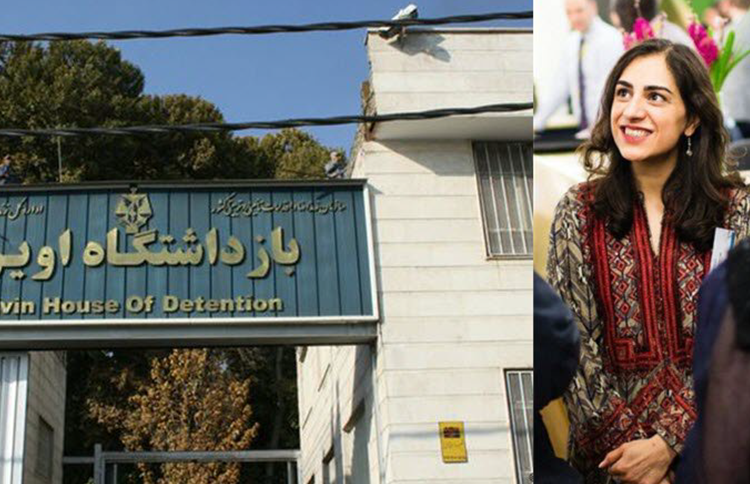 The British Council worker sentenced to 10 years in prison in Iran for spying on behalf of the UK is being used by the Iranian authorities as a “bargaining chip”, according to her fiancé.

Aras Amiri, 33, lost an appeal against her prison sentence, for the charges of “acting against national security”, earlier this week. Her lawyer had to be approved by the authorities and she had no access to them in the appeal process, so it cannot be considered a fair trial.

Her fiancé James Tyson said that Britain needs to “get on the phone” to Iran and “say this can’t happen”.

Amiri, an Iranian citizen who lives in London, has worked for the government-founded body dedicated to culture and education for five years and is helping to increase appreciation for Iranian culture in the UK. A far cry from being hired by the British government to conduct espionage. The British Council “firmly refutes the accusation levied against her”.

Amiri visited Iran once or twice a year to visit family, flying over the last time in March 2018 to visit her sick grandmother. She was stopped on her way, as she prepared to go home.

The Iranian judiciary claims that Amiri confessed, but even if she did, it is not uncommon for the authorities to extract false confessions under duress. Reportedly, the authorities asked her to spy for Iran and she refused.

Tyson said that Amiri and her family tried to overturn the conviction the official way, but now they believe this is “actually a problem between the UK and Iran”, so the British government is “at some level responsible for her wellbeing”.

He said: “It’s one of those cases where you know that what’s happening is being done for public effect…we’re dealing with a situation about the impression that Iran wants to [put pressure on the UK. And using Aras in this way as a bargaining chip or hostage of some kind to try to get what they want, some advantage in their relationships with the UK.”

A Foreign Office spokesperson said: “We are concerned that British Council employee Aras Amiri has had her appeal against a 10-year sentence in Iran rejected. Sentencing a woman to 10 years in prison for seeking to build cultural ties and aid understanding between the peoples of the UK and Iran is unjustifiable.”

Tyson said that Amiri is being held in the same prison as British-Iranian aid worker Nazanin Zaghari-Ratcliffe, also wrongfully jailed for spying, and that the two are “very supportive of each other”.

On Tuesday, it was reported that Zaghari-Ratcliffe’s access to her family was being limited.

Iran warns of revenge over Israel

BBC: Iran's president has warned that Muslims around the...