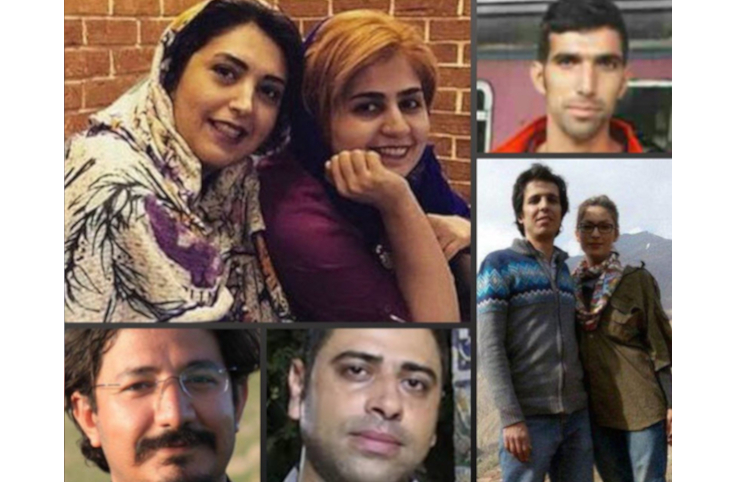 Seven labor activists in Iran have been sentenced to heavy prison terms and lashes following the protests that took place in Shush in the southwestern part of the country in November 2018. The Haft Tappeh Sugarcane workers were sentenced by the Tehran Revolutionary Court.

The workers at the factory protested and held gatherings for more than 20 consecutive days. They took action because they had not been paid for quite some time and were concerned about their conditions following the factory’s privatization.

Ismail Bakhshi was charged with “assembly and collusion to act against national security”, “insulting the leader”, “publishing lies” and “spreading propaganda against the state” and sentenced to 14 years imprisonment. On the charge of “disrupting public order”, he was sentenced to 74 lashes – a sentence that is being handed out very frequently in recent times. Bakhshi is currently serving his time in the notorious Evin Prison in Tehran. After his arrest, he spent 25 days in jail and was released.

However, he was re-arrested in January this year after posting on Instagram about his treatment. In his post, he said that he was detained “unjustly” by the Ministry of Intelligence and was subjected to “such immense pain” that continues to deeply affect him.

He also said that he and a number of other political prisoners were put through horrific psychological torture that was worse than any physical torture they were subjected to.

Meanwhile, the same court sentenced three female labor activists to 18 years imprisonment each. They are Asal Mohammadi, Sanaz Allahyari and Sepideh Qolian.
Mohammadi, a pharmacy student, and a civil activist had published letters of support for the Haft Tappeh Sugar Cane Company workers and the Steel Workers of Ahvaz. She was arrested in December last year but released a month later on a large bail. She was then re-arrested last month.

Allahyari is on the editorial board of GAM – an internet magazine that writes about the rights of workers and numerous other social issues. She was arrested in January this year and has been denied essential medical treatment for various issues. She has not been given access to equipment to monitor her diabetes and she has been suffering from excessive weight loss, severe stomach pains and shaking – all of which is currently untreated.

Qolian was arrested for the second time in January this year and has spoken about the extreme psychological and physical torture that she has endured in prison. In July, she and several other inmates were attacked and brutalized in prison by dangerous criminal inmates. Prison officials had enticed the violent inmates to attack the four female political prisoners. They were beaten to within an inch of their lives.

Ahmadinejad vows Iran will not retreat in nuclear standoff