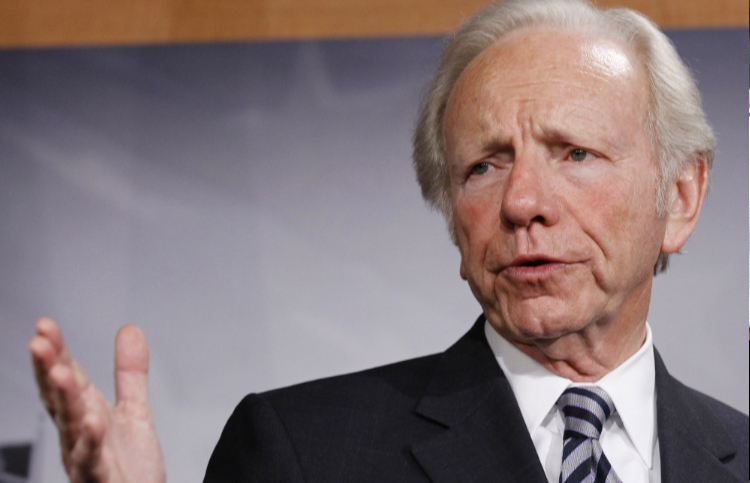 A former Democratic nominee for vice president has said that the 2020 Democrats should be supporting Donald Trump’s “maximum pressure” strategy on Iran, rather than pledging to rejoin the nuclear deal.

Joseph I. Lieberman, chairman of United Against a Nuclear Iran, wrote an op-ed for USA Today on Monday in which he laid out how the Joint Comprehensive Plan of Action (JCPOA)  was a bad deal for the US and the rest of the world. He said it “only paused Iran’s nuclear project, instead of ending it”, did nothing to stop Iran’s regional aggression, terrorism, or repression of the Iranian people.

Lieberman wrote: “President Donald Trump saved the world from the worst of the JCPOA when he withdrew America from it last year and imposed broad new economic sanctions against the Islamic Republic of Iran and its leaders.”

These sanctions have reduced Iran’s ability to carry out its malign wishes because the Iranian economy is in a tailspin with the International Monetary Fund expecting its GDP to shrink by 6% this year and inflation hitting 40%.

The problem is that Iran believes that all they have to do is survive until 2021 and then the next President will drag the US back into the JCPOA; something that Lieberman says is “inconsistent with America’s national security interests”. He recommends instead that the candidates vow to negotiate a better deal with Iran to end the country’s nuclear program by removing the dangerous sunset clauses that allow the arms embargo and ballistic missile program restrictions on Iran to expire, despite the fact that Iran has a 40-year history of violence. (Currently, they’re set to expire in 2020 and 2023 respectively.)

Lieberman wrote: “As my organization, United Against Nuclear Iran, has documented, if the United States rejoins the JCPOA without insisting on any changes, Resolution 2231’s sunsets would act as a force multiplier for Iranian manpower, money, and materiel in the Middle East, and beyond.”

He said that the new deal approach, which has been advocated by candidates including Senator Cory Booker of New Jersey, will only be possible if the US doesn’t rush back to the JCPOA.

Lieberman wrote: “Whether you were for or against the Iran nuclear agreement in 2015 won’t matter on Inauguration Day in 2021. The Trump administration’s maximum pressure campaign is working. I hope Democrats will recognize that inconvenient truth and use it to find a way to a new and better agreement instead of reviving the flawed, old one.”

Parliament Votes on Halt to Drug-Related Executions in Iran