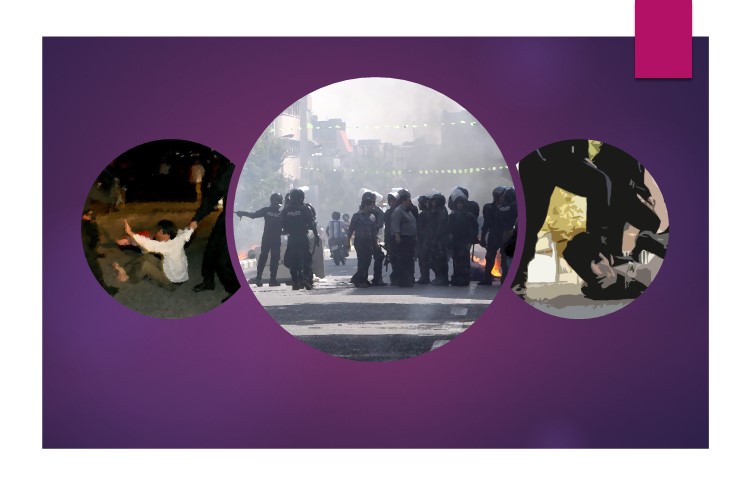 The Iran Human Rights Monitor has released its monthly report into the human rights situation in Iran and this month it focused, understandably, on the nationwide uprising that sprung up on November 15 and the subsequent crackdown by the Iranian authorities.

The protests began after the overnight tripling of fuel prices, but this quickly became political and spread to 189 cities in just a few days. The government responded with mass arrests, shooting indiscriminately into the crowds killing over 1,000, and cut off the internet to hide the scale of the crackdown.

Of the 1,000 protesters killed by the state security forces, at least 25 women and 22 children have been identified so far. However, this should be considered an absolute minimum, because the bodies of those killed have been stolen from where they died and taken to unknown locations. A total of 341 have so far been identified by Resistance members.

Many of those killed during the protests were shot in the head or chest, which indicates an intention to kill.

Iran HRM says that over 4000 people were injured and more than 12,000 were arrested, many after being shot. Those arrested have been under severe torture, including rape, sexual violence and the intentional breaking of bones, to make false confessions.

There were so many people arrested that the prisons couldn’t cope, so detainees were initially held in schools and government buildings, and the Judiciary officials even discussed holding special courts for those arrested where they would face the death penalty.

The injured protesters have been removed from the hospital and taken to prison, with one doctor saying that security officers were even removing bandages to check whether they were covering bullet wounds and arresting anyone who had been shot.

Iran HRM said: “The killing of the protesters is a manifest case of crime against humanity… Silence and inaction are both a violation of international conventions, laws, and standards, and embolden the regime to continue its crimes.”

They urged the UN Security Council, world governments and the international community to take urgent action to end the crackdown and save the protesters. They also called on the UN to dispatch fact-finding missions to Iran and for Iran leaders to face justice for perpetrating crimes against humanity.

Rupert Colville, a representative for the UN’s high commissioner for human rights, urged the Iranian authorities on November 19 to uphold the demonstrators’ rights to freedom of expression and peaceful assembly.

Ahmadinejad say Iran will not negotiate on enrichment