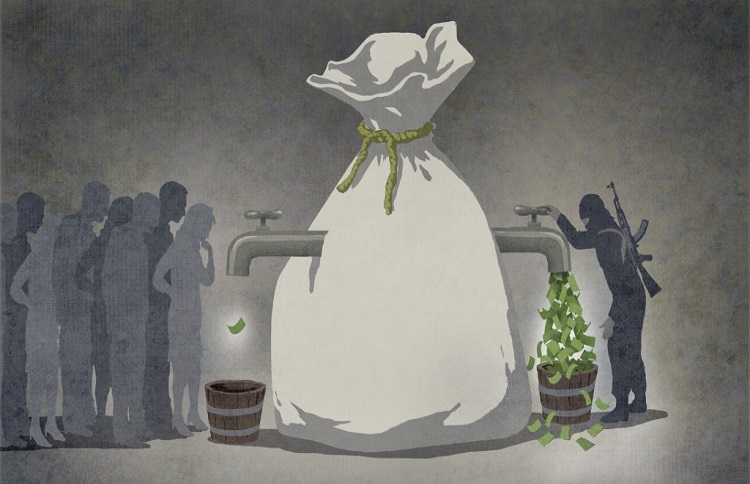 The US Treasury has sanctioned companies that facilitated the sale of petroleum and petrochemicals to the Iranian regime.

This is despite the efforts of the Iranian regime to use the coronavirus outbreak as an excuse to remove the US sanctions. In the past days, all the regime’s official tried their chance, calling on different international communities and allied governments like China to put pressure on the US to remove the sanctions.

As the facts in the past show, this regime is absolutely not concerned about the people and will use the money coming from any removed restrictions for its malign activities. So, the right way is to put more pressure on this regime.

Noting that the US government emphasizes that the path of all humanitarian supports to Iran is fully open. But this is the regime that has rejected them many times. And the people are paying the price of it.

Not to forget that the regime intentionally ignored the coronavirus outbreak in Qom city, first not to lose the chance to show its false legitimation to the world at the price of the people’s life. And second, because quarantining any place and city has its costs and this regime was not interested to pay it, while it must pass up the support of its proxy groups around the world. And that is absolutely impossible for this regime.

“In 2019, these five companies collectively purchased hundreds of thousands of metric tons of petroleum products from the National Iranian Oil Company (NIOC).  Iran’s petroleum and petrochemical industries are major sources of revenue for the Iranian regime, which has used these funds to support the Islamic Revolutionary Guard Corps-Qods Force’s (IRGC-QF) malign activities throughout the Middle East, including the support of terrorist groups.  At least three of these companies have falsified documents to conceal the Iranian origin of these shipments.”

How Does the Iranian Revolutionary Guards (IRGC) Make Money? – Part 1

The Observer: Iranian president Mahmoud Ahmadinejad is poised to...