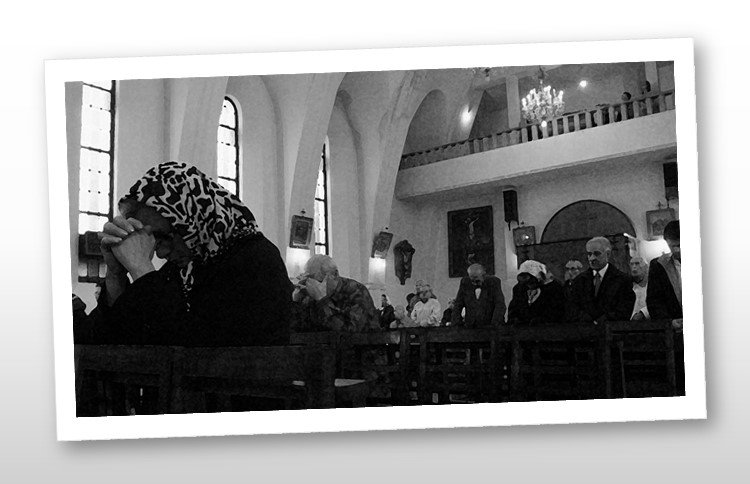 On June 30, ten masked agents raided the home of a Christian convert in the Yaftabad district of Tehran, where some 30 Christians were gathered. The agents separated the men from the women, but then turned their camera off and began to beat a few of the Christians.

The agents confiscated the books and phones of those in the house and forced them to sign papers saying that they were not mistreated and that their belongings had been confiscated.

Six Christians were arrested, handcuffed, and blindfolded, before being taken to an unknown location. They are:

The six were driven to their homes in Tehran and Karaj so that agents could search there; specifically looking for Bibles, Christian literature, and communication devices. Witnesses reported that some of the Christians and their non-Christian family members were beaten.

Later that day, agents arrived at the homes of three other Christian converts – Farhad M, Arash R, and Farhad Kh – and arrested them.

On Wednesday in Malayer, three male Christian converts – Sohrab, Ebrahim, and Yasser – were arrested, but released the next day after each posting bail of 30 million tomans (around $1,500).

Just days earlier, seven other Christians were sentenced to prison, exile, a financial penalty, and a ban on work and social activities, merely for practicing their religion, or, as the Revolutionary Court in Bushehr termed it, “spreading propaganda against the state”.

Habib Heidari, Sam Khosravi, Sasan Khosravi, Maryam Fallahi, Marjan Fallahi, Pouria Pima and Fatemeh Talebi were sentenced on June 21, almost a year after first being arrested, with the “evidence” against them being the possession of Christian books and symbols, holding home church sessions, and knowing Iranian “evangelists” abroad.

This persecution of Iranian Christians continues despite the recognition of this religious minority in law.

Bloomberg: Ten Iranian nationals are detained in the U.S.,...