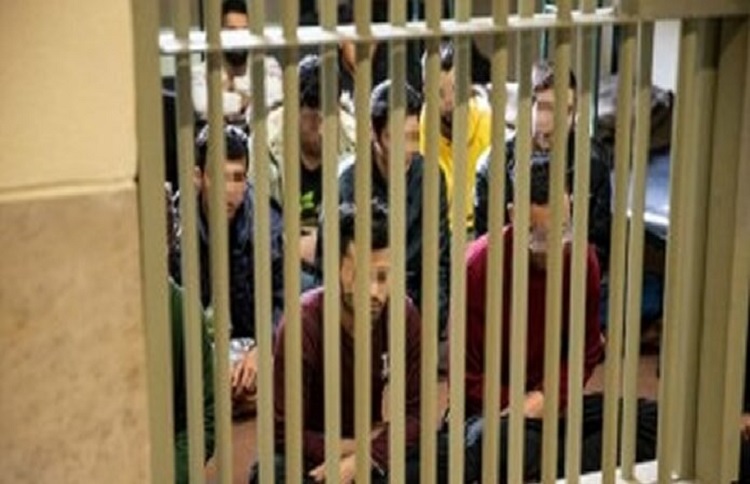 An Iranian political prisoner was compelled to attempt suicide at the Greater Tehran Penitentiary this weekend after the regime increased the physical and mental pressure he was under.

Siamak Moghimi, 25, was found in a pool of blood in the bathroom by his cellmates and taken to the prison’s clinic on Saturday, but then returned to the ward after the briefest of check-ups.

Moghimi has attempted suicide five times since he was sentenced to death for participating in the November 2019 protests over the tripling of fuel costs overnight, even though he says that he was just returning home from work when he got caught up in the protests.

He was exposed to tear gas because the authorities had begun to react violently to the protesters in order to silence dissent. He was then arrested and taken to Shahriar Police Headquarters, before being transferred to the Intelligence Department of Shahriar, where he was interrogated and severely beaten. He was finally moved to the Greater Tehran Penitentiary

Moghimi was initially sentenced to 10 years in prison in March for “assembly and collusion”, “propaganda against the state”, and “insulting Khamenei and Rouhani”, but then authorities claimed that they’d made a mistake and that he was actually sentenced to death on the charge of moharebeh (“enmity against God”).

The intense pressure caused by the death sentence and inhumane living conditions in prison has severely impacted his mental health.

There have been many reports about the catastrophic conditions at the Greater Tehran Penitentiary, where a large number of peaceful protesters are being held. The regime has refused to provide official numbers on those killed, injured or arrested during the crackdown, but Hossein Naqavi Hosseini, the spokesman of Parliament’s National Security Committee, suggested that 7,000 people had been arrested.

More reliable sources in the Iranian Resistance, who have totaled up eyewitness reports and state media accounts put the true numbers at 1,500 deaths, 8,000 injured, and 12,000 arrested during the six days of protests.

The Iranian Supreme Court recently upheld the death sentences of three young men – Amir-Hossein Moradi, Saeed Tamjidi, and Mohammad Rajabi – arrested by security forces during the nationwide protests. They were also sentenced to flogging and prison terms by the Revolutionary Court for various charges brought against them.

The trio said they were tortured into making false confessions that were subsequently aired by the state-run television; a common tactic of the regime.

Ayatollahs aside, Iranians jump for joy at Spring

New York Times: All day and all night, the...