Concerns Over ‘Urban Riots’ in Summer of 2020 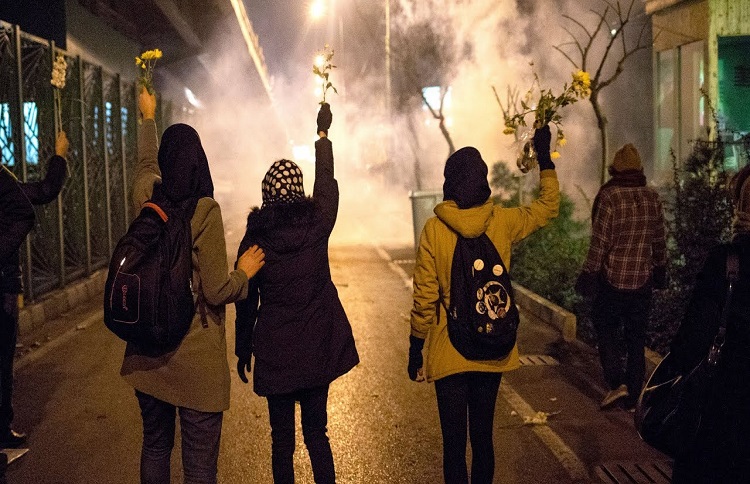 These days, the volatile situation of Iran’s society and the people’s hatred against the government and different factions are subjects of discussion and investigation for Iranian media outlets.

Problems such as the high price of houses, bread, eggs, and other necessities, along with officials’ incompetence to contain the novel coronavirus, have overwhelmed the people.

Pointing to skyrocketing prices and current hardships, the Eghtesad-e Saramad daily, affiliated to “principlists,” has wept crocodile tears for the poor and deprived people and wished them “a little fresh air to live.”

“US dollar exchange has reached 210,000 rials, a gold coin costs 100 million rials, and a carton of eggs is sold at 400,000 rials. The novel coronavirus spreads in unbridled fashion, and the country is frequently shaken with explosions… The country is going through strange days; Bizarre explosions in all areas of life… Why does the government seem to lose control of everything? [The people] ask what the president is doing. What are the ministers doing? These are really simple questions, but why can’t they be answered?” the Eghtesad-e Saramad daily piece asked on July 5.

This daily attributes the country’s problems to the administration of President Hassan Rouhani to help Supreme Leader Ali Khamenei dodge the consequences of current crises. However, everyone knows there is only one decision-maker in Iran, and he is Ali Khamenei. In this respect, on the same day, Foreign Minister Mohammad Javad Zarif defended his government’s nuclear policies and reckoned that the Supreme Leader had approved all the decisions in the nuke sector.

Therefore, “this volume of insufficiency in ordinary sectors” is strange– contrary to the daily commentary– and the natural aftermath of 41 years of economic failures, systematic corruption, and squandering national resources on costly, unnecessary projects inside the country and abroad. However, the daily accurately described the country’s conditions as a “misfortune” that eats and curve the soul of the nation.

In the end, the daily points out the utter desperation and rising defections among forces loyal to the Islamic Republic. “Even the healthiest minds are sometimes deluded. What happened? What is going on?” Eghtesad Saramad raised the question in response to the status quo.

In fact, the Iranian government has wasted all the country’s capability to overcome various crises. In this context, the ayatollahs neither can nor are willing to rescue society from breathtaking socioeconomic disasters and face an increasing rate of social protests.

“[The government’s] concern in the summer of 2020 is about urban riots. We should be concerned due to expanding poverty, the coronavirus outbreak, and the country’s poor population whose problems remain unsolved. Several officials and publications affiliated to [Khamenei’s] faction have also voiced such warning,” Mostaghel daily wrote on July 5.

Last year, the Presidential Strategic Center forecasted and listed nearly 100 crises await the country. In this respect, the author of Mostaghel daily wrote, “Given the increase of living, cultural, social, and environmental problems, the people cannot have a healthy life.”

Furthermore, former Revolutionary Guards (IRGC) commander Alireza Alavi-Tabar, who has styled himself as a reformist and Rouhani’s advocate, sounded alarms about a “concerning future” for the government. He openly expressed his worries over “social alienation and political anger.”

“If the current situation continues, people will rise up and the government meet a revolution or collapse what we should deter it at all costs,” he said, according to a June 28 piece on the Etemad Online website.

Reuters: A purge of former Iranian government officials is...