What Caused the Hostility Between Iran and Turkey? 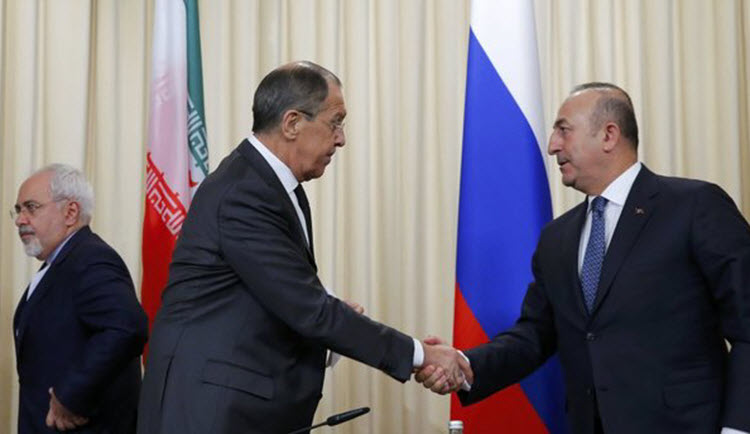 London, 28 Feb – Iran and Turkey have been diplomatic rivals for a long time but have only recently been forced to confront it thanks to developments in Syria and Iraq, according to Turkish analysts.

Indeed, Turkey recently blamed Iran for attempting to destabilise the region through “Persian nationalism”, and a “sectarian policy” aimed at undermining Bahrain and Saudi Arabia.

Mevlut Cavusoglu, Turkey’s foreign minister, said: “Iran is trying to create two Shia states in Syria and Iraq. This is very dangerous. It must be stopped.”

Atilla Yesilada, a political analyst with Istanbul’s Global Source Partners, notes that the two countries are competing for greater influence in the Middle East; from being on separate sides in the Syrian Civil War to their treatment of religious minorities in Iraq (Turkey wanting to protect them from Iran).

Yesilada explained that as ISIS loses ground in the region, a power vacuum is opening up along the Iranian-Turkish border.

She said: “[ISIS] is about to leave the stage for good, and Turkey is extremely worried about its replacement. If it doesn’t act immediately and forcefully, Iran-backed militias, Bashar al-Assad or the People’s Protection Units (YPG), a group Turkey considers to be a terrorist organisation, can take over territories previously controlled by [ISIS]. Turkey does not want another enemy at the gates, so it is making its position known to Iran, clearly and loudly.”

Meanwhile, Iran wants to remove Turkish influence out of the countries they view as Iranian allies, with Ali Akbar Velayati, a senior foreign affairs adviser to Ayatollah Ali Khamenei, claiming that if Turkey didn’t retreat, they would be kicked out.

Erdem Aydin, an expert on Iran at Istanbul’s Bogazici University, told Al Jazeera: “Iran is extremely disturbed by Turkey’s Euphrates Shield operation in Syria and its military presence in Iraq’s Bashiqa. Iran views Turkey’s military presence in these countries as a significant obstacle in front of its desire to extend its influence in the region.”

Aydin, a foreign news analyst and editor for CNN Turk, said: “The escalation of diplomatic tensions between Iran and Turkey came after President Erdogan completed a week-long tour of the Arabian peninsula. We have reason to believe that Erdogan asked his Saudi and Gulf allies to finance the creation of a safe zone in northern Syria during these visits and Iran was of course disturbed by this development. “

Yesilada said: “It is also possible that the Gulf states asked Erdogan to adopt a more contentious attitude towards Iran in exchange for providing financial assistance for the safe-zone.”

The analysts explained that US president Donald Trump’s aggressive attitude towards Iran and the perception that he may be willing to support the creation of a Turkish-controlled safe zone in northern Syria has amped us tensions.

They’re at odds politically but it may be economics that stops an all-out war.

Aydin said: “90 percent of Iran’s natural gas exports go to Turkey and Turkey imports 20 percent of its natural gas from Iran. Regional politics may cause tensions between the two countries, but in the light of their strong economic ties, I don’t believe the recent escalation in diplomatic tensions is going to lead to a serious confrontation.”

Yesilada said: “It is true that Turkey is buying a lot of natural gas from Iran, and given that the Islamic Republic does not care too much about the international law, it may decide to close down the valves to teach Ankara a lesson. Also, Turkish businesses had been investing heavily in Iran since the country’s relations with the rest of the world was normalised following its nuclear deal with the US.”

Iran: The regime denies the people of Iran decent lives in favour of funding war

Iran nuke plant to be finished in fall ’08