Iran up to Old Tricks 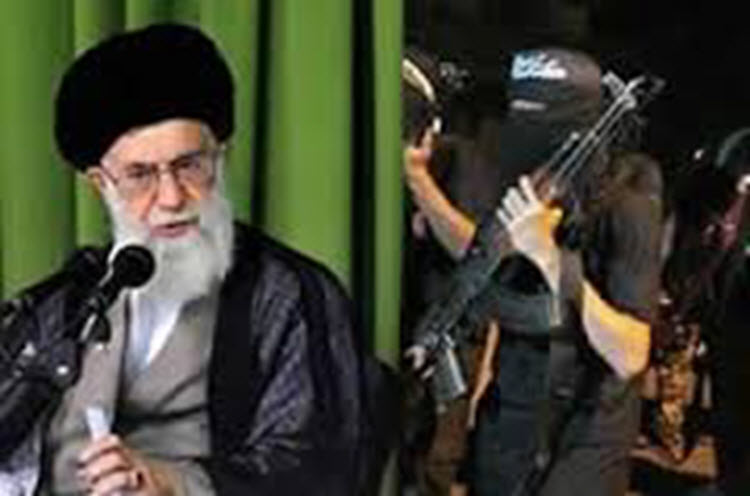 London, 28 Feb – Many in the West have attempted to paint the Iranian Regime as a moderate government, who pose no threat to their own people or those in other countries but this is simply not true. In the past few days, the Regime has been determined to show that they are far from moderates, from their Supreme Leader to their terror squad, the Revolutionary Guard Corps (IRGC).

First, the supreme leader, Ali Khamenei, has renewed the fatwa on author Salman Rushdie, putting a price of $300,000 dollars on his head.

The British author, who wrote the Satanic Verses, was forced to go into hiding in 1989, in fear for his life. At the time of publications, some publishers were subject to assassination attempts by the Regime.

The fatwa renewal was first reported by the Tasnim News Agency, who are affiliated with the IRGC’s militant arm, the Quds.

Then, on February 18, the Iranian Regime’s TV station aired an interview with “professional terrorist” Anis Al-Naqqash, who reportedly trained the former head of the Lebanese Hezbollah.

He freely admitted attempting to assassinate a political opponent in France in the 1980s, which got him imprisoned for ten years. His target was the former Iranian Prime Minister, Shapour Bakhtiar.

Upon his release from prison and return to Iran, Al-Naqqash received a hero’s welcome.

The attempted assignation of Bakhtiar was the first in a series of assassination attempts (some of which succeeded) during the reign of ‘moderate’ president Akbar Hashemi Rafsanjani.

Reza Shafa, an expert on the Iranian regime’s Intelligence networks, notes that this should be enough to get the IRGC on the US list of Foreign Terror Organisations.

He wrote: “These two incidents have one thing in common a pattern followed by IRGC since its inception; absolute suppression of citizens in Iran coupled with callous assassination tactics designed and executed by hired guns to intimidate dissidents abroad.”

He continued: “This force was created by Khomeini to defend his regime at all costs. Before the emergence of ISIS which turned a bloody page in the modern history, the Iranian people paid the price of IRGC’s deeds single handed. In the 80s and 90s, not many people paid enough attention to the fact that Islamic fundamentalism is the near future’s Global Threat. It is the same no matter what form or shape presents itself. Brutality, curtly, unique tactics in terrorising and murdering innocent people are common tools which ISIS and IRGC use…It would be naive to think that one-day IRGC changes its behaviour.”

Iran reporter back in jail after going missing