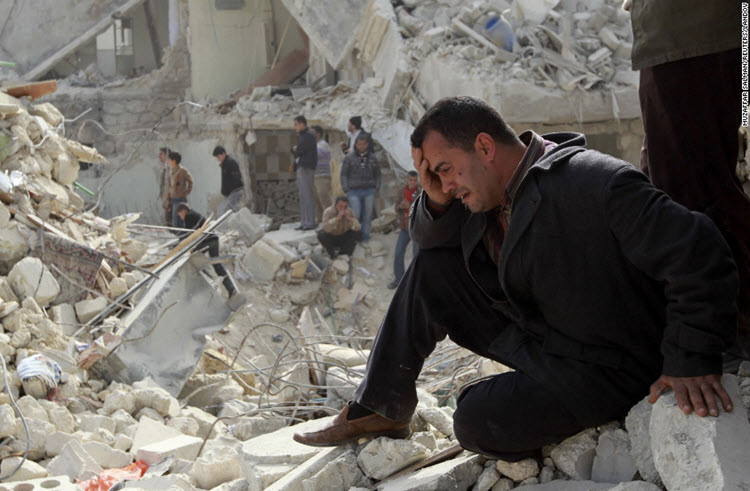 London, 28 Feb – Peace talks in the Syrian Civil War are currently underway in Geneva but the freedom of the Syrian people is constantly under threat thanks to people who are putting their own needs above those of the Syrians.

Eyad Abu Shakra, a noted journalist, wrote an op-ed for Asharq Al-Awsat, in which he criticised players in the Syrian Civil War for propping up the barbarous Regime for their own benefit.

He wrote: “The Syrian regime, as the Syrians have discovered lately, has been a ‘necessity’ for everybody but themselves. It has been a much-needed servant to those keeping it, despite its crimes; simply because its crimes have been serving their interests.”

He notes that the peace talks may succeed in putting down the Syrian Revolution in favour of having order, but this will not benefit the Syrians. Even the revolutionaries have been replaced by opportunist mercenaries.

He wrote: “Look no further than how rational enlightened personalities that spoke for the ‘revolution’ a few years ago, have been pushed away by bearded-militiamen, opportunist henchmen, and exclusionist sectarians.”

He continued: “Then keep in mind a conspiring international community which has exploited every weakness in the political culture of a long-suffering population, living for more than half a century under a ‘police-state’ dictatorship; and examine fake ‘friendships’ that have drugged, dispirited and splintered the opposition while helping a murderous regime to get back on its feet.”

The international community has become less focused on the will of the Syrian people, than on fighting terror cells within the mass of the people, which were created by the Regime and its allies. These terror cells could have been prevented if the international governments had sought to establish safe zones back in 2011.

Iranian Civil Activists Imprisoned Again for Speaking About Their Tortures