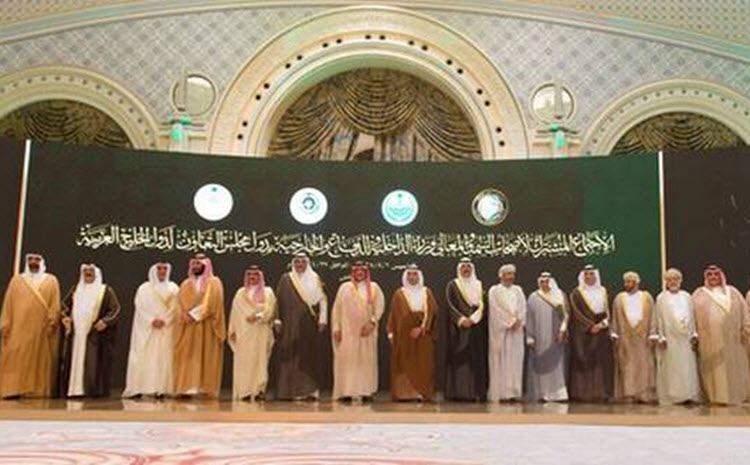 London, 28 Apr – A meeting was held in Saudi Arabia yesterday to discuss the issues surrounding regional security and Iran.

Royals from Arab countries attended the meeting in Riyadh and one of the main aims was to establish a unified voice.

The defence, interior and foreign ministers of the six-nation Gulf Cooperation Council (GCC) were there.

The GCC is an intergovernmental regional economic and political union of the Arab States in the Persian Gulf (all of the states with the exception of Iraq). They are the United Arab Emirates, Qatar, Kuwait, Bahrain, Oman and Saudi Arabia.

At the end of the meeting, a joint statement indicated that the ministers had spoken about ways in which they can cooperate to fight against the threat of terrorism. One option that was discussed was efforts to initiate a military alliance of mainly Muslim countries. The news about the alliance was announced at the end of 2015 and includes mainly Sunni countries. At the minute the Shiite-run Iraq, Iran and Syria are not involved.

The statement also mentioned that the GCC nations are keen to ensure that there is no “external interference” in the internal matters of each country. They vowed to ensure that all efforts to “undermine national security and provoke sectarian strife” will not be tolerated.

Although, for the most part, the member states were able to agree on many issues, one area of contention was with regards to the Islamic Republic of Iran.

Rashid bin Abdullah Al Khalifa, the Interior Minister of Bahrain, said that Iran was responsible for the planning of the attacks that killed security forces in his nation. He said: “We continue to face grave threats emanating from the territories of Iran as well as Iraq, which back terrorist groups and criminal organizations.”

For many years in Bahrain there have been numerous protests by the majority Shiites. The Sunni-led monarchy has blamed the Islamic Republic for the resulting unrest among the public, which has at times been very violent. Bahrain is the home to the US Navy’s Fifth Fleet.

Because of its interference, export of terrorism and involvement in Syria, Saudi Arabia decided to break off relations with Iran last year.

Contrary to Saudi Arabia, several other GCC nations are actually trying to improve their relations with Iran. Last month, the ruler of Qatar met with the Foreign Minister of Iran in Doha. They both control a large natural gas field.

And earlier in the year Hassan Rouhani, the President of Iran, met with the leaders of Oman. He also met with Kuwaiti leaders to repair relations.

Iran cracks down on summer dress

BBC: Iran's government has launched a crackdown on women...