The Iranian Army Set to Transform Into More Offensive Force 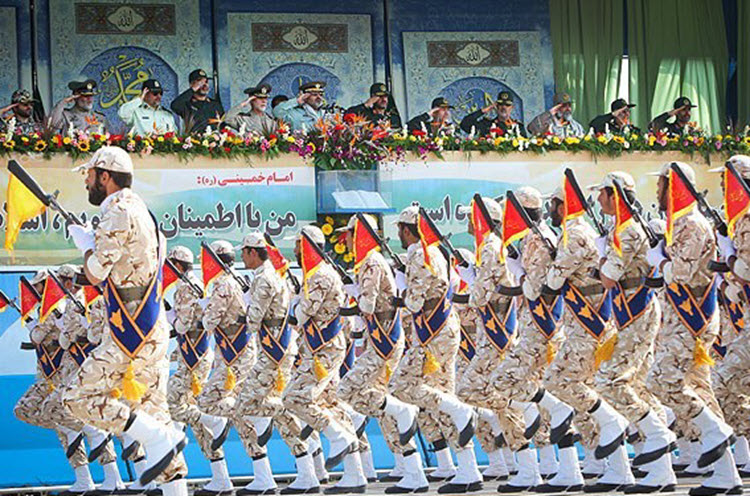 London, 30 Apr – After the 1979 revolution, Iran became a nation militarily divided. It’s leaders were suspicious of the armed forces because of their allegiance to the shah, so the revolutionaries formed the Islamic Revolutionary Guard Corps (IRCG).

Although the IRCG is 55 years younger than the Iranian army, the army became subservient to the IRCG, who receive a greater amount of funding and the best military hardware.

According to an article by Track Persia, a Platform run by analysts dedicated to researching the Middle East, this may all soon change. Track Persia reports that the news from Tehran is that the army is about to shed its long-held defensive posture.

Brigadier General Kiumars Heidari, commander of the army, announced on national Army Day, that “major structural changes to Iran’s army encompassing everything from human resources to logistics to armaments in order to transform the army into an ‘offensive’ force.”

Heidari announced the changes in the form of a five-point plan:

If implemented, this reset will fall directly in line with forecasts exclaimed by the Trumpet, a news service that for decades has delivered in-depth analysis on top stories, in the light of Bible prophecy. Trumpet editor in chief Gerald Flurry warned of Iran’s rise as long ago as 1994, long before the militarized state existed as it does today. In and article called, “Is Iraq About to Fall to Iran?” in 2003, Mr. Flurry wrote, “The stage is being set for an Islamic group of nations, almost certainly to be led by Iran as the prophesied king of the south, to push at the king of the north, the European Union. Iran has a foreign policy with a lot of ‘push’. And since the end of their war with Iraq in 1988, Iran has accumulated a massive arsenal of military weapons to back up its aggressive foreign policy.”

Track Persia writes, “But while a budget increase is no doubt welcomed by Heidari, it does not immediately solve critical problems, such as the nation’s underdeveloped arms industry and the ongoing international sanctions. Combined these problems severely hamper Iran’s access to conventional armaments—by contrast the missile program is literally booming. This has only encouraged the army to maintain a defensive posture—focusing on Iran-based defense forces.”

Besides Heidari’s comments, there have been other signs of military changes. The Institute for the Study of War wrote on February 3, “Iran is transforming its military to be able to conduct quasi-conventional warfare hundreds of miles from its borders. This capability, which very few states in the world have, will fundamentally alter the strategic calculus and balance of power within the Middle East. It is not a transitory phenomenon.”

There may be more than just a plan to Heidari’s comments. Might his idea represent the mindset of Iran’s leaders? If the army is to support Iranian interests abroad, what of the other avenues at the Ayatollah’s disposal? If the Ayatollah wants the army to play a larger international role, will the ballistic missile program follow the same approach? Track Persia asks further, “For years it has been developed under the guise of being a countermeasure to a U.S. or Israeli strike at Iranian nuclear facilities. Will it now be used to change the course of conflicts in the Middle East? What about the Persian Gulf, Strait of Hormuz or Bab el Mandab?”

Iran claims that it’s involvement in these regions is merely to protect strategic interests.

However, The Middle East Eye concluded, “In terms of defense doctrine, and assuming the policy position set out by Brigadier Heidari is fully implemented, Iran is likely to gradually abandon a defensive posture in favor of a more strident and muscular approach to regional crisis.”

This may mean deescalation from using proxies, which would be a shift whose repercussions will alter Iran’s relationship with regional foes Saudi Arabia and Israel, as well as the United States military in the Persian Gulf.

“It is alarming that Iran’s army is becoming a defensive force, but even more foreboding is the fact that Iran is turning further down a path of conflict. It is only a matter of time before the ‘defensive’ missile program, the ‘behind-the-scenes’ IRCG, and the ‘peaceful’ nuclear program are more openly employed in the nation’s offensive approach to foreign policy,” Track Persia concludes.