Iran Building Corridor to the Med? 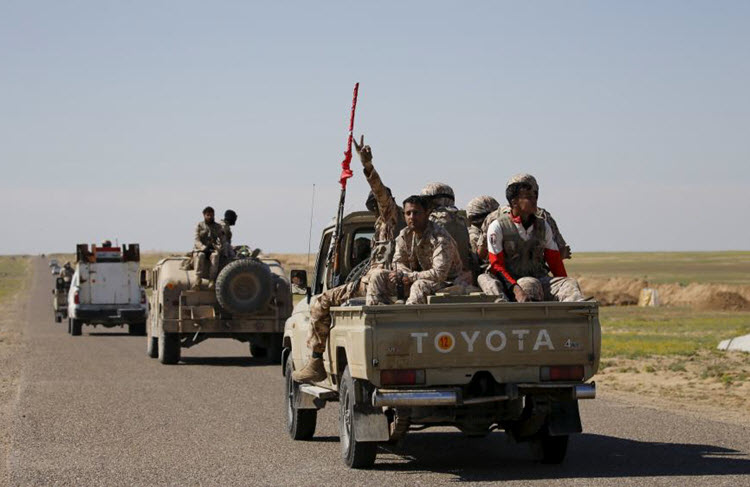 London, 2 May – US Secretary of State Rex Tillerson has revealed that the Trump administration is reviewing the best option for confronting the Iranian Regime and the problems that it presents to not just the middle east but the whole world.

Ehud Yaari wrote on Foreign Affairs that the most important issue would be curbing the Regime’s expansionist dreams, which have most recently been seen in their plans to build a corridor to the Mediterranean by keeping its control on the countries in between Iraq, Lebanon, and Syria.

Yaari explained that by consolidating power here first, the Iranian Regime poses a bigger threat to the world, than if it risked confrontation in the Persian Gulf which is surrounded by US allies.

The combined forces of the four countries are inevitably stronger than Iran on its own and if Iran is allowed to launch troops through its proposed Mediterranean port in Syria, it will be travelling a far less perilous route to the West than from its current ports in the Persian Gulf.

He wrote: “The two corridors would serve as chains to move military supplies or militiamen when needed. Lately, a number of Iranian-sponsored Shiite militias have mentioned in public their efforts to move their fighters along these routes. Forces from the Lebanese militant group Hezbollah, for example, are present in Syria and in Iraq, while key Iraqi Shiite militias are currently in Lebanon.”

Yaari wrote that the person in charge of setting up the corridors to the Mediterranean is General Qassem Soleimani, the commander of the Quds Force division within Iran’s Islamic Revolutionary Guard Corps (IRGC).

The 800-mile pathways would travel from the Euphrates and Tigris valleys in Iran through the deserts of Iraq and Syria (with a special path for the Iranian-backed Hezbollah militias in Lebanon) through to Golan Heights. Yaari wrote that the Iranians chose Golan Heights in order to increase pressure on nearby Israel.

Iran would be unlikely to supervise the corridors themselves, instead of using proxy militias, some of which have already been dispatched to the area. Iran is already preparing to update its military and weaponry; having already pledged a significant amount of their 2017 budget towards increased military power.

Yaari advised the Trump administration to work with its middle eastern allies and NATO members in order to confront Iran’s expansionism.

He wrote: “Above all, the United States should continue talking with Russia and insist that sooner rather than later, Syrian leader Bashar al-Assad will have to go.”

Maryam Rajavi to Arab summit: Coalition against occupation of Yemen should be elevated to evicting Iranian regime from the entire region

On the eve of the Arab summit, Mrs. Maryam...

Latest Updates on the Protests in Iraq