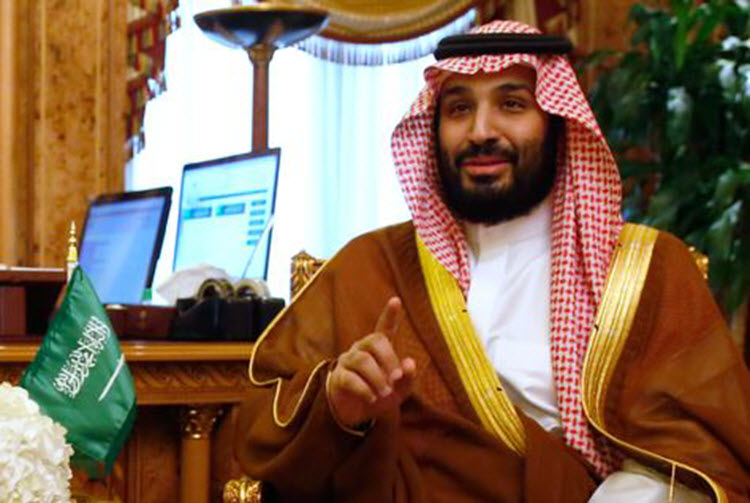 London, 2 May – Saudi Arabia’s Deputy Crown Prince Mohammed bin Salman has accused the Iran Regime of seeking to control the Muslim world through its expansionist policies which are currently most visible in Syria, Iraq and Lebanon.

These comments appeared to rule out any notion of reconciliation with the Islamic Republic.

Prince Mohammed, 31, asked in an interview with Saudi-owned MBC television, how he could begin talks with Iran considering their aim to control the middle-east.

The Sunni Prince said that he believes that the Iranian Regime is preparing the area for the arrival of the Mahdi, a prophesied Shiite saviour.

He said: “(Iran’s) logic is that the Imam Mahdi will come and they must prepare the fertile environment for the arrival of the awaited Mahdi and they must control the Muslim world.”

The two Arab countries are on opposite sides of the two biggest conflicts in the Middle East right now; Syria and Iraq. US-based Saudi forces are fighting against ISIS in Iraq and against the Bashar al-Assad Regime in Syria, while Iranian militias are propping up Assad’s Regime (in fear that if his dictatorship falls, theirs will be next) and are using the Battle for Mosul as an attempt to gain power for themselves.

It should be noted that the only reason that Iran is not seeking conflict specifically with Saudi Arabia is because their army (including their foreign militias) are already overstretched and Saudi Arabia’s military might dwarfs Iran.

Zarif even implied that the Iranian Regime may be open to mediated talks with the Saudis but he doesn’t even consider that Iran is the problem.

He said: “What is needed is for Saudi officials to change their thinking and approach.”

The Iranian Regime has also criticised the Saudi Kingdom’s two-year war in Yemen, where the Saudis are trying to restore the internationally-recognized government, while Iran’s Shiite rebels are trying to take power.

Prince Mohammed, who is also the Saudi defence minister, said last year that he hoped the two sides would solve resolve the Yemen conflict but as of yet, no real progress has been made.

In the most recent interview, when asked to respond to reports that the Houthi rebels now control large parts of Yemen, Prince Mohammed stated that uprooting the Iranian-backed rebels would only take days.

Tiny island surrounded by tension in the Gulf

New York Times: This small desert kingdom in the Persian...

Mahindra to sell tractors in Iran