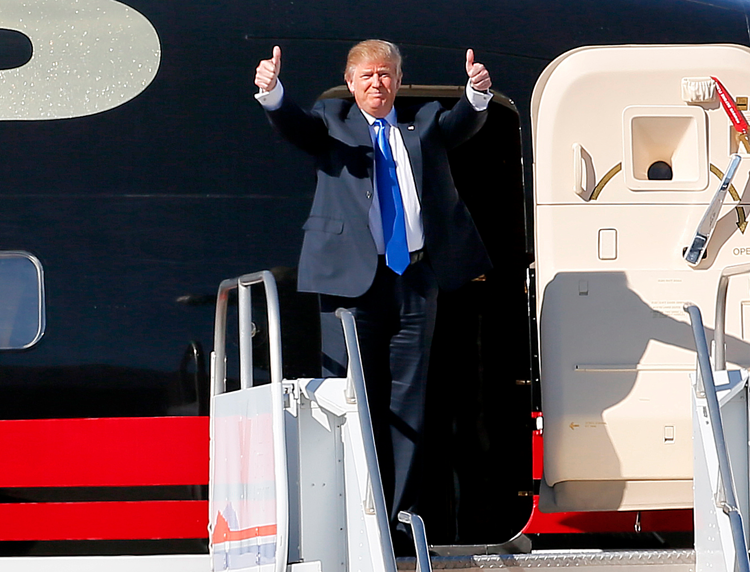 London, 16 May – Donald Trump will be the first US President to make his first state visit to an Arab or Muslim country, when he visits Saudi Arabia later this month, a move he branded as “historic”.

Official sources have revealed that the Trump administration chose Saudi Arabia as the first country to visit, in order to counter the impression that Trump is Islamophobic; a title he received after calling for a “total and complete shutdown on Muslims entering the US” while on the campaign trail and twice tried to implement once he became President, although both times this move was blocked by the courts.

However, the visit has also been seen as a way to improve the relationship between the US and its traditional middle-eastern allies.

Talmiz Ahmad, the former Indian Ambassador to Saudi Arabia, Oman and the UAE, wrote in an op-ed for Al-Arabiya: “The Trump visit to the Kingdom will be underscoring both the success of the Saudi outreach to the new administration, and the determination of the president himself to recommit to the Saudi-led regional alliance that he believes is providing stability in a region facing turmoil and terror. An Arab daily has said that the talks with GCC leaders will focus on ‘confronting the antagonistic behaviour of Iran in the region’.”

While Ali Shihabi, a political commentator, said that this visit was about establishing the US’s commitment to defending the Gulf monarchies from Iran, ISIS and al-Qaeda, because the Trump administrations see this as “the front line in the battle against terrorism”.

It seems clear that the Trump administration, filled with Iran hawks, is setting the ground for an anti-Iran alliance.

When US Secretary of Defence James Mattis visited Saudi Arabia, he said: “[The] the United States wants to see a strong Saudi Arabia [and] there is disorder wherever Iran is present.”

Then Secretary of State Rex Tillerson said: “Iran is the world’s leading state sponsor of terrorism and is responsible for intensifying multiple conflicts and undermining US interests . . . A comprehensive Iran policy requires that we address all of the threats posed by Iran, and it is clear there are many.”

Saudi Arabia wants US support to defend Yemen and other countries where Iran is expanding into but there is bipartisan opposition in Congress for this. In May, Democrats and Republicans came together to urge Mattis to reconsider his support for this issue.

Trump has also promised to solve the Israel-Palestinian dispute but regional observers are sceptical.

In the run up to Trump’s visit, tens of billions of dollars in arms sales deals with Saudi Arabia have been agreed, including the Terminal High Altitude Area Defence (THAAD) missile defence system (est. $1 billion). Deals still under discussion, include a package of four multi-mission surface combatant ships and accompanying services and spares (est. $11.5 billion) and munitions including armour-piercing Penetrator Warheads and Paveway laser-guided bombs (est. $1 billion), whose sale the Obama administration had suspended on humanitarian grounds.