Change in Iran Under Rouhani Is an Illusion 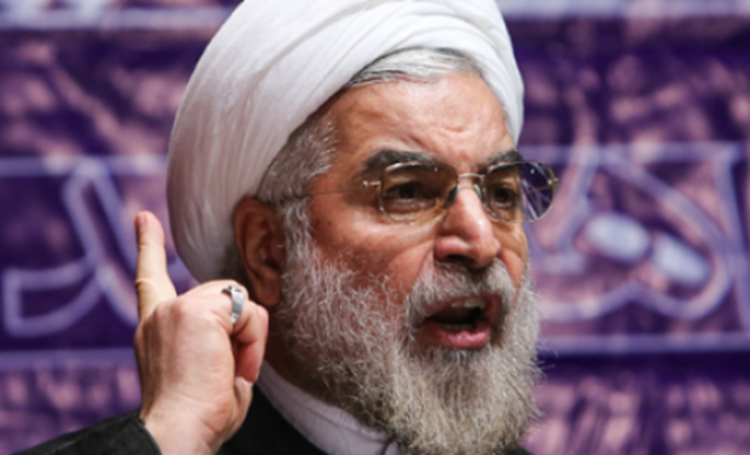 London, 6 Jun – Ever since Iran’s sham elections on May 19, many Western pundits have predicted sweeping changes to the Gulf country under the second term of Hassan Rouhani, but they fundamentally misunderstand the Regime if they believe that he will bring moderation to it.

Hassan Mahmoudi wrote an op-ed for Track Persia, in which he dispelled the idea that Rouhani has the power to fulfil even the smallest of progressive promises that he made during his campaign because the true power lies in supreme leader Ali Khamenei.

Mahmoudi wrote: “The supreme leader stands at the apex of Iran’s complex political–religious dictatorship. He has veto power over all policies and ultimate control of the security forces. Iran’s supreme leader controls much of economy through 14 main entities, including the Islamic Revolutionary Guards Corps (IRGC). Rouhani’s freedom of action in foreign policy is also heavily circumscribed by the Supreme Leader’s authority.”

We must dispel the notion that the Iranian Regime is made up of moderates and hardliners. Yes, there are deep divisions in the Regime and it may be the thing that brings down the Regime for good but these people are not fighting on issues of policy, they are involved in a fight to the death for power and influence.

Khamenei was diagnosed with terminal cancer in 2016 and as such, Iran will be looking for a new Supreme Leader shortly. Given the unchecked power that Khamenei enjoys, it’s easy to see why so many unscrupulous men would want the position. They don’t want Iran to be better, they want to line their pockets without anybody stopping them.

Furthermore, Rouhani is not a moderate at all.

Mahmoudi wrote: “Rouhani, a regime insider with a history of holding senior positions in the security apparatus following the 1979 revolution, served on the Supreme Defense Council during the Iran-Iraq war. Rouhani has no [will] in ending or even reforming Iran’s system of government. Now, he reinvented himself as a so-called full-fledged reformist for the second term, but despite his promises the people know he will not live up to his commitment. His record of 3,000 executions during his first term will not go forgotten. [The people] were not surprised when on inauguration day he first headed to the tomb of former Iranian regime founder Ruhollah Khomeini(died in 1989) to renew his allegiance to him and launch his second term after bowing to Khamenei.”

Indeed, according to the National Council of Resistance of Iran, domestic crackdowns began in the days following his “re-election” and Iran kickstarted its nuclear weapons programme.

The Iranian Regime is currently facing off against a variety of crises; from the devastating military conflicts in four different countries to the stagnant economy after the 2015 nuclear deal failed to provide the riches promised for all Iranians to the growing dissatisfaction among the Iranian people.

Mahmoudi wrote: “Rouhani came to office has coincided with one of the most turbulent periods in recent Middle East history. In recent Riyadh conference, new military forces have been established with 34,000 troops to fight terrorism in Syria and Iraq. The countries in Riyadh coalition have expressed their enmity against Iran. They determined to condemn and curb sectarianism and this regime’s arms in Iraq and its role in Syria, and Yemen.”

He concluded: “Iran’s political and economic isolation will continue — the regime cannot bend. The international community sees no security in investing in Iran. To this end, the only predictable change in Iran is regime change.”

Three charged in scheme to send money to Iran

Reuters: Three people were charged on Thursday with conspiring...