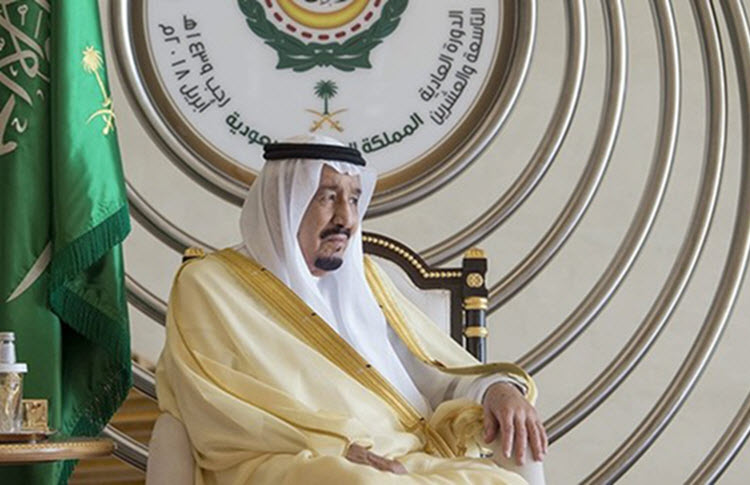 London, 16 Apr – Saudi Arabian king has criticised Iran for its “blatant interference” in the domestic affairs of other nation states in the Middle East during a meeting of the Arab League in Dhahran on Sunday.

He said: “We renew our strong condemnation of Iran ’s terrorist acts in the Arab region and reject its blatant interference in the affairs of Arab countries.”

The 29th Arab League summit was attended by heads of state from 17 Arab nations, with the notable exception of Iran ally Syria, who was suspended from the league in 2011.

Saudi Arabia pushed for the Arab League member states to take a strong, united stance against Iran for its regional meddling that destabilises the Middle East and undermines peace in the region.

This is a strong first step, as Iran must expect the leaders of the countries that it targets to take a strong stance against their belligerence. However, it must be backed up with action. Words on their own are not enough to tackle the real threat from Iran.

Many decisions taken by the Arab League fail to turn into action, with the last concrete move being the suspension of Syria for Assad’s role in the Syrian civil war.

The Yemeni Houthis have launched many ballistic missiles attacks on Saudi Arabia in the past three years, with the latest killing a civilian earlier this month. Independent United Nations experts determined that the missiles fired in 2017 came from Iran, which violates two UN resolutions, and so the UN Security Council condemned these attacks in a statement, which King Salman welcomed on Sunday.

However, Russia blocked a Security Council resolution, proposed in February, that would have condemned Iran for supplying the missiles to the Houthis.

Saudi Arabia has also tackled Iran ’s allies in the past in order to cut off support for the world’s leading state-sponsor of terrorism. This includes Qatar, who was the target of a blockade by Saudi Arabia, the United Arab Emirates, Bahrain, and Egypt, for its links to terrorism and close relationship with Iran.

Reuters: A South Korean construction company reported to have...