Pro- Iran Remarks From Afghan Official May Cause Violence 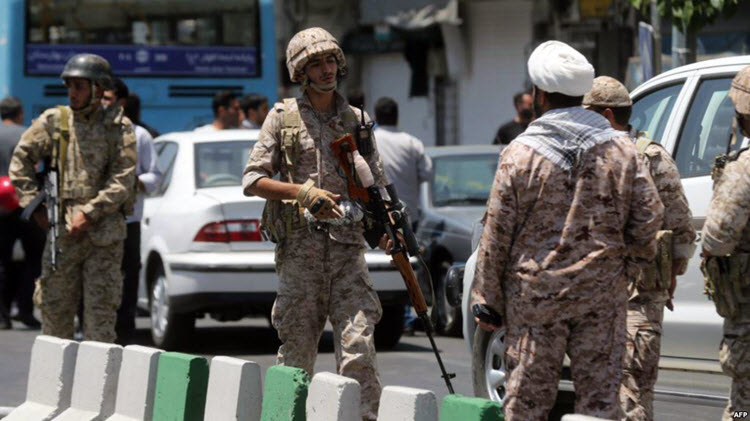 London, 5 Dec – Recent comments from an Afghan Shiite leader that were complimentary to the Iranian and Syrian regimes are likely to attract regional sectarian rivalries to Afghanistan and incite further violence, according to analysts.

Deputy Afghan Chief Executive Mohammad Mohaqeq, a leader of the country’s Shiite minority, told an international summit of scholars from Muslim nations in Iran: “I thank all the warriors who cooperated in these wars from Iraq, Syria, Afghanistan, Pakistan and other parts of the world.”

He was talking specifically about the war in Syria where the Iranian Regime helped to prop up the Bashar al-Assad dictatorship by sending in their Revolutionary Guards Corps (IRGC), Lebanese proxy group Hezbollah, and thousands of other fighters from across the Middle East.

This is slightly surprising considering that Iran has sent thousands of Shiite Afghan refugees to fight in Syria as part of the “Fatemiyoun Brigade”. This brigade, is the second-largest group of foreigners fighting for Assad in Syria with estimates of 10-12,000 fighters.

A recent report from Human Rights Watch also stated that Iran was sending child refugees from Afghanistan to fight in Syria, which constitutes a war crime.

Mohaqeq, who led one of the parties that started the Afghan civil war that cost tens of thousands of lives in the early 1990s, specifically praised Iranian Major General Qasem Soleimani, who is supposed to be banned from leaving Iran under international sanctions, and Hezbollah leader Hasan Nasrallah, whose entire militia has been under US sanctions for terrorism since 1997.

Many in Afghanistan’s government insisted that Mohaqeq’s remarks were not representative of the country’s foreign policy.

In a statement, Kabul said: “Recent comments by Mohammad Mohaqeq in Tehran are in contradiction of the principles of foreign policy, national interests, stability and security of the country and the laws of Afghanistan, and in no way represent the views of the Afghan government.”

While Fazal Hadi Muslimyar, chairman of the Afghan Senate, demanded the Mohaqeq apologize and be prosecuted.

Saudi Arabia and many other Middle Eastern states are gravely worried by Iranian interference in the region.

Analysts fear that Mohaqeq’s comments could bring the Saudis and the Iranians to fight another proxy war in Afghanistan. Dawood Azami, a researcher at the University of Westminster, said: “Escalation in the Iran-Saudi rivalry will have a negative impact on the situation in Afghanistan and the wider region. The growing competition for regional dominance between Riyadh and Tehran will put more pressure on the government and powerful figures in Afghanistan to take sides.”

Some analysts also believe that this may be exactly what the Iranian Regime wanted.

Wadir Safi, a professor of law and political science at Kabul University, said:”Mohaqeq’s remarks can certainly incite rivalry [between Iran and Saudi Arabia] in Afghanistan…The Iranians had asked him to make those remarks to counter Saudi Arabia politically and militarily, and to start a proxy war against Iran’s opponents in Afghanistan.”

Wadir also believes that Mohaqeq’s comments could incite ISIS attacks against both Shiite and Sunni Muslims in Afghanistan.

UPI: The Italian Parliament passed a measure endorsing a...