Iran’s Support of the Taliban 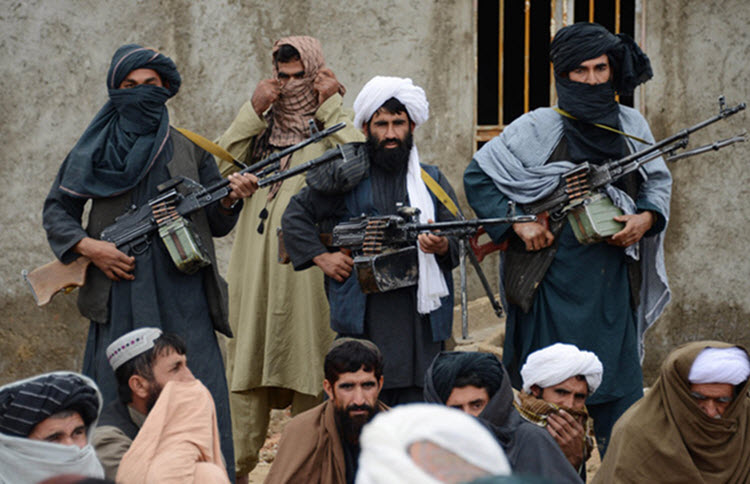 London, 10 Mar – The Iranian Regime is the number one sponsor of terrorism in the world, regardless of religious differences, so it only makes sense that they are supporting the Taliban in Afghanistan, while also maintaining ties with the Afghan government.

Iran has a long history of meddling in the Afghan state, from recruiting its people and refugees into the Fatemiyoun Brigade, a proxy force of the Iranian Regime that fights in Syria, to making agreements with Afghan President Ashraf Ghani to develop the Chabahar port on Iran’s Arabian Sea coast.

But even as Iran signs deal with the Afghan government, it offers support to the terrorist Taliban. Why? Because of the rise of a rival terrorist group in Afghanistan that threatens the Iranian Regime. Thus Iran supports that Taliban in order to have the Taliban destroy their foe, which has resulted in several clashes between the groups.

According to the BBC, the Taliban has been launching two attacks a week across three districts in Farah province, along with the Iranian border. While we haven’t yet seen direct evidence that the Iranian Regime ordered these, previous cross-border attacks in the area suggest that Iran did.

For example, in October 2016, the Taliban held the province for three-weeks whilst battling the Afghan military and the Afghani soldiers reported that they had killed four Iranian commandos who were fighting alongside the Taliban and that Iran had supplied the Taliban with weapons, including AK-47 assault rifles, mortars and rocket-propelled grenades.

For more evidence of their collusion, see the 2016 visit of Taliban leader Mullah Akhtar Mansoor to Iran to increase engagement and the later appointment of an envoy to Iran within the Taliban.

Another reason that Iran is supporting the Taliban is that it wants to ensure ties with the terrorist group, in case the Taliban form part of the Afghan government in a power-sharing deal, something which even the United States thinks is likely.

That way, Iran has sway on both sides of the potential government and could use that to play them off against each other.

It is just another example of the Iranian Regime using a terrorist group to cause chaos in a nearby country, before it swoops in to take control, just as it has in Iraq, Syria, Lebanon, and Yemen.

It is worth noting that this support of terrorist groups by Iran makes it hard for the US to withdraw from Afghanistan and the Middle East as a whole.

Iran Is Thwarted in Yemen

U.S. hints at Iranian sponsorship of rocket attacks in Baghdad