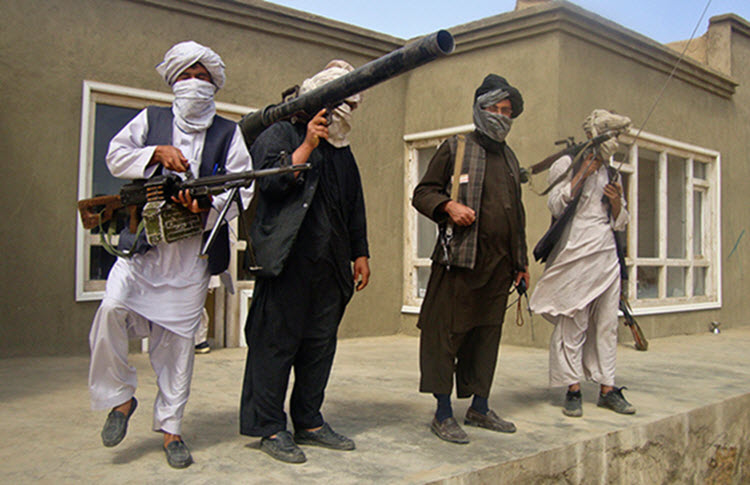 London, 28 May – The Iranian Regime is increasing its support of the Taliban following Donald Trump’s decision to withdraw from the 2015 nuclear deal, according to Afghan officials.

Farid Bakhtawar, the head of the provincial council of Farah in western Afghanistan, explained that the Iranian Regime trained and armed Taliban fighters who, last week, came over the Afghan-Iran border and killed dozens of civilians and Afghan troops in an offensive against his city.

Fazl Ahmad Sherzad, the police chief of Farah province, said: “Iran is involved in the recent violence and was actually leading the May 15 battle. They have been directly funding and providing arms to the Taliban as Iran sees Farah as part of its strategic interest.”

This shows that the Iranian Regime is willing to undermine the security of the Middle East by further inflaming this 17-year-long war against a terrorist cell.

Michael Kugelman, a senior associate for South Asia at the Woodrow Wilson Center in Washington, said that that nuclear deal decision was the reason why the Iranian Regime suddenly increased their support for the Taliban as the mullahs are seeking to endanger US military personnel and their allies in Afghanistan.

Secretary of State Mike Pompeo said, on May 21: “Iran’s support to the Taliban in the form of weapons and funding leads to further violence and hinders peace and stability for the Afghan people.”

While it may seem odd that Shiite-ruled Iran would ally itself with the Sunni Taliban, you have to remember that Iran’s main goal is destabilisation in the Middle East that will allow the mullahs to take control and the Regime will side with anyone to make that happen.

Samiullah Samim, an Afghan lawmaker who represents Farah province, said that Iran is also acting out of fear. The world’s leading state-supporter of terrorism is scared that US military presence in the Middle East will hinder Iran’s regional expansionism.

This support from Iran makes it less likely that the Taliban will engage in peace talks that could end the conflict, despite the fact that US-backed President Ashraf Ghani has offered unconditional talks.

For this reason, Afghanistan is investigating the Iranian Regime’s support of the Taliban, according to Mohammad Radmanish, a spokesman for Afghanistan’s Defense Ministry.

In the May 15 attack, more than 300 Taliban fighters were killed by Afghan forces before that terrorist group were pushed back by the combined military power of Afghanistan and the US. Then on May 23, Afghan special forces 11 more Taliban militants in Farah.

PoliticsHome: More than 110 members of both Houses of Parliament...