Iran Threatens to Attack the US in Iraq 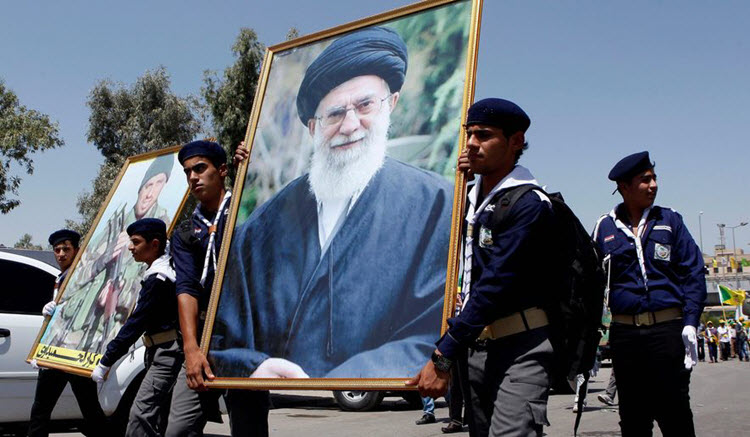 London, 8 Sep – Iranian—backed Hezbollah militias have threatened to start attacking US troops once the so-called Islamic State has been driven out of Iraq.

The message to America: Leave Iraq or face war with Iran.

A commander of the Kata’ib Hezbollah forces, one of the largest and most violent Iranian proxy groups, issued this threat via the Iranian Regime- affiliated Fars News Agency on Sunday.

This follows on from similar threats issued in March by Iranian spokesperson Jafar al-Hosseini, who spoke with on Beirut’s al-Mayadeen Arab-language TV station, and suggests that the Iranian Regime is not bluffing.

The US military is prepared to fight back, however. A military official told The Washington Times that the US has plans to counter the Kata’ib Hezbollah if it starts attacking Americans.

The official said: “Regarding the sense of Iranian malign influence, we’re trying alert NATO, the coalition, the State Department, the U.N. and the Gulf countries. It’s a really big question. We’re very aware of it. We’re watching the move to post-ISIS. What the Iranians are saying is of significant concern.”

The Iranian Regime wants US troops out of Iraq in order to reaffirm its power there and make it easier to spread its Shiite hegemony across Iraq, Syria and Lebanon.

The official continued: “With the Iranians, clearly the goal is a pathway all the way to Lebanese Hezbollah.”

Michael Rubin at the American Enterprise Institute said that the IRGC “has a history of saying what it means, no matter how inconvenient that might be for the wishful thinking in which so many in Washington and Europe engage.”

He continued: “Iranian leaders aren’t willing to let U.S. forces stick around. They see U.S. commitment as weak, especially on the home front, and they believe that so long as they use proxies, they can enjoy plausible deniability.

After three decades of not being held to account for their actions, the Revolutionary Guards has grown cocky.”

It is clear that this administration does not back down from a fight.

The military official said: “Our actions speak for ourselves. We’ve shown [as by evidenced the missile strike on Syria] that if they come even close to threatening any position, we’re going to take action in self-defence. We absolutely take it seriously.”

Oil up $1 after brief spike on Iran rumor

Reuters: Oil rose more than $1 on Wednesday, with...